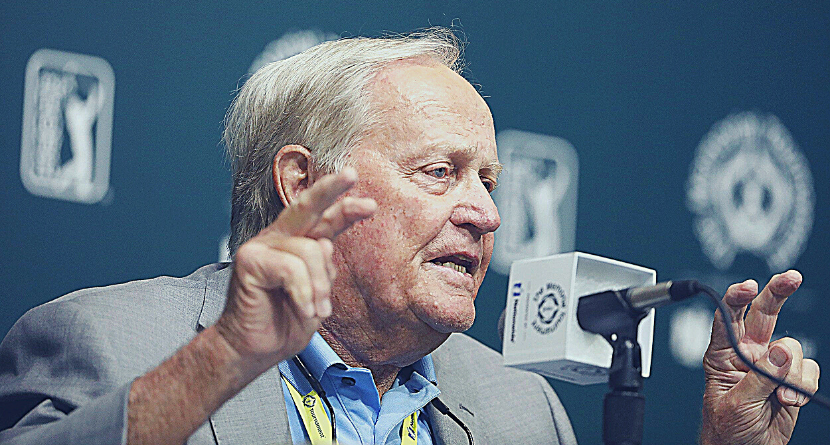 The Golden Bear once came out of hibernation. But can he overcome litigation?

That’s the looming question for Jack Nicklaus and his seemingly spotless legacy in the wake of a lawsuit brought by the business he built, Nicklaus Companies, according to a Sports Illustrated report.

The complaint, filed May 13, alleges the 18-time major champion and another business he controls, GBI Investors, engaged in tortious interference, breach of contract and breach of judiciary duty. Nicklaus Companies, which is run by New York banker Howard Millstein, claims in the suit that it paid its legendary founder $145 million in 2007 for exclusive rights to his golf course design services, as well as marketing, promotional and branding rights.

But instead of living up to his end of that agreement, Nicklaus, 82, has participated in “repeated acts in bad faith against the best interests of the company, including acts to intentionally and maliciously undermine the company.”

“The claims made by Howard Milstein are untrue,” Nicklaus said in a statement. “Our relationship has been a difficult one, at best. I have little doubt about the outcome, but I don’t intend to make this a public spectacle, if it can be avoided.”

Additionally, the lawsuit sheds light on the LIV Golf Series’ courtship of Nicklaus as a potential CEO before it landed on Greg Norman, whose tumultuous tenure has been a magnet for bad publicity. It appears a lucrative offer to lead the rebel league — said by Nicklaus himself to have exceeded $100 million — wasn’t exactly dismissed out of hand, as Nicklaus publicly claimed. Rather, there was mutual interest before Nicklaus Companies intervened, according to the lawsuit.

“Fortunately for Nicklaus Companies — and Mr. Nicklaus — the Company was eventually able to convince Mr. Nicklaus to stop exploring a deal for the endorsement of the Saudi-backed league,” reads part of the suit. “The Company essentially saved Mr. Nicklaus from himself by extricating him from a controversial project that could have not only tarnished his legacy and reputation, but severely damaged the Nicklaus Companies’ name, brands and business.

“Thanks to the intervention of Nicklaus Companies, the Company was able to minimize fallout from the situation and protect the goodwill and good name of both the Company and Mr. Nicklaus. The potential irreparable harm that Nicklaus Companies faced had Mr. Nicklaus’s unauthorized activities not been abandoned has been highlighted by the continued statements made by the PGA Tour and various leading Tour players and the substantial negative news coverage criticizing Phil Mickelson’s involvement as a paid endorser of the Saudi-backed golf league. If not for the efforts of Nicklaus Companies, Mr. Nicklaus could have been pilloried in the news media for accepting payment for what could be characterized as betraying the PGA Tour.”

Now that the suit is public, it’s fair to wonder if the damage wrought by entertaining the LIV Golf offer has already been done.
At a press conference prior to the start of the PGA Championship, Tiger Woods cited Nicklaus and Arnold Palmer as PGA Tour pillars to whom the current players owe their loyalty and gratitude in the midst of the Saudi startup sideshow. What an irony it is, then, that Nicklaus, per the lawsuit, was allegedly engaged in activities that call his own loyalty into question.