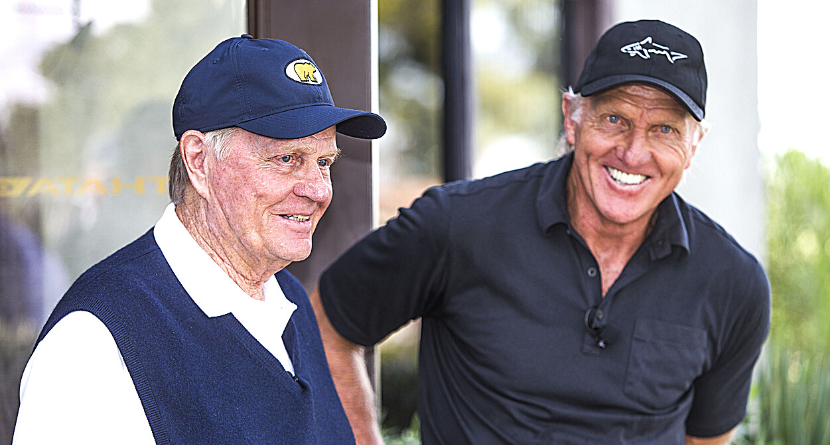 Embattled LIV Golf CEO Greg Norman could soon be relieved of his duties, according to a report from the Fire Pit Collective.

In a wide-ranging Q&A that touched on a number of golf’s most controversial topics, Fire Pit writer Alan Shipnuck, whose anticipated biography of Phil Mickelson was released Tuesday, gave an informed assessment of Norman’s job security in the aftermath of a callous remark about the death of journalist Jamal Khashoggi.

“Part of Mickelson has to be relieved that Norman, through his increasingly outrageous public statements, is taking some of the heat off of him,” Shipnuck wrote. “But, yes, it must be disquieting to imagine hitching your professional future to a pariah like Norman. A prominent Tour agent recently confided that he is hearing Norman is on the outs with the Saudis, which would be another wild development in this saga. If a leadership change is imminent with LIV Golf, that would be all the more reason for Mickelson to pass on the PGA Championship and take more time to assess a chaotic situation.”

Another recent report published by the website suggested Norman was not the first choice to serve as a high-profile frontman for the rebel circuit; 18-time major champion Jack Nicklaus, who thwarted a number of Norman’s attempts to win on golf’s grandest stages, turned down a lucrative offer to fill the role before the Aussie was hired.

“I was offered something in excess of $100 million by the Saudis, to do the job probably similar to the one that Greg [Norman] is doing,” Nicklaus told Fire Pit writer Michael Bamberger. “I turned it down. Once verbally, once in writing. I said, ‘Guys, I have to stay with the PGA Tour. I helped start the PGA Tour.’”