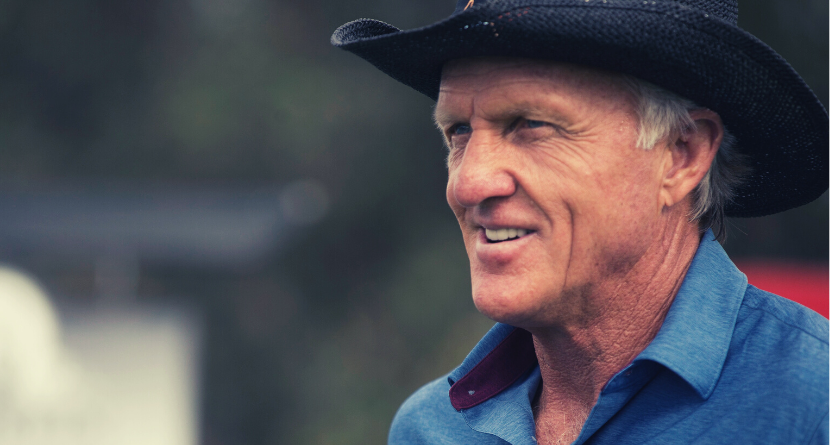 A question about the murder of a journalist produced a stunning gaffe from LIV Golf CEO Greg Norman on Wednesday, the latest in a string of regrettable maneuvers from the man helming the Saudi Arabian “sportswashing” endeavor.

Appearing at a promotional event for the breakaway circuit, which has been infused with billions from the country’s Public Investment Fund, Norman — a two-time major champion perhaps better known for his near-misses — repeatedly tried to distance the LIV Golf Series from what he deemed to be unrelated political matters.

However once reporters honed in on the brutal 2018 slaying of Washington Post columnist Jamal Khashoggi, Norman’s callous and puzzling reply drew widespread scorn on social media and beyond.

“Everybody has owned up to it, right?” Norman said, according to London-based newspaper The Times. “It has been spoken about, from what I’ve read, going on what you guys reported. Take ownership, no matter what it is. Look, we’ve all made mistakes and you just want to learn from those mistakes and how you can correct them going forward.”

I’ve just seen the trophy for the LIV golf events, and it is certainly no Claret Jug, but you know as Greg Norman says, people make mistakes. pic.twitter.com/RWpnmV7gck

Asked again to reckon with Khashoggi’s death by Sky Sports later in the day, Norman spewed more of the same shrugging platitudes.

Hey Greg Norman, a double bogey on the eighteenth is a mistake. Killing and dismembering another human is murder, in this case sanctioned by your pay masters. You’re utterly lost in the depth of your wallet… https://t.co/zjeQOL2CHP

“It’s reprehensible what happened with Khashoggi. Own up to it, talk about it,” he said. “I’m not going to get into politics, I don’t know what the Saudi government does. I don’t want to get into that. Every country has a cross to bear.”

Earlier this week, battle lines were drawn in what figures to be a bitter legal dispute between the fledgling LIV Golf Series and the PGA Tour, which denied players’ formal requests to participate in the $25 million kickoff event in London.

Just when you thought Greg Norman’s shilling for murderers couldn’t get any more contemptible. https://t.co/T4UnWXaOnP

“Sadly, the PGA Tour seems intent on denying professional golfers their right to play golf, unless it’s exclusively in a PGA Tour tournament. This is particularly disappointing in light of the Tour’s non-profit status, where its mission is purportedly ‘to promote the common interests of professional tournament golfers,’” Norman said in a statement. “Instead, the Tour is intent on perpetuating its illegal monopoly of what should be a free and open market.  The Tour’s action is anti-golfer, anti-fan, and anti-competitive. But no matter what obstacles the PGA Tour puts in our way, we will not be stopped. We will continue to give players options that promote the great game of golf globally.”