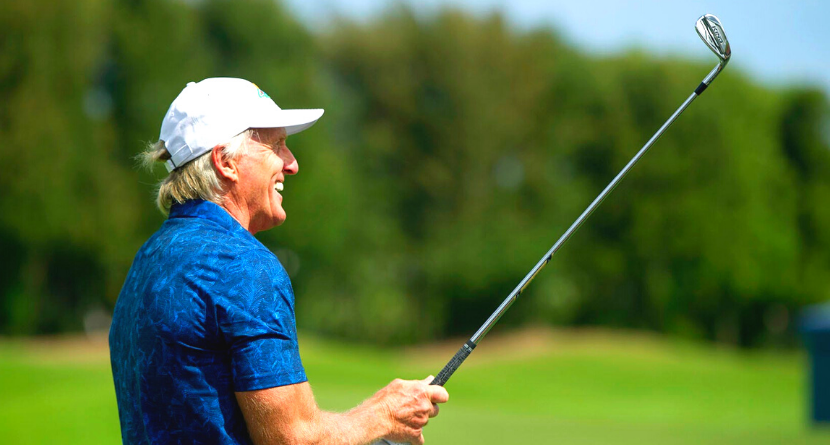 The Open Championship isn’t so open after all. Not for Greg Norman, the two-time champ who recently campaigned for a special exemption in the tournament’s 150th edition at St. Andrews only to be swiftly rebuffed by the sport’s ancient gatekeepers.

Norman, 67, hasn’t played competitively in 13 years, his golf taking a backseat to his various business interests — the LIV Golf Series chief among them. Speaking to News Corp. in Australia last week, he made his intentions known.

A past champion whose last start in the Open came in 2009, Norman not exempt beyond his 60th birthday, so he was essentially calling the R&A’s bluff with a public appeal for special treatment. Recognizing an obvious ploy for publicity, the organization swatted away Norman’s request, albeit indirectly.

“The entry terms and conditions for The Open stipulate that a champion must be aged 60 or under or have won the championship in the previous 10 years to be exempt from qualifying,” said an R&A spokesperson. “That remains the case for The 150th Open, and we have no plans for any additional exemptions.”

It’s not as though Norman and the sport’s oldest championship don’t have history; the Australian golf legend hoisted Claret Jugs in 1986 and 1993, his only two triumphs in a tortured relationship with the majors.

But whether Norman genuinely intended to play hardly matters in the grand scheme of things. As LIV’s CEO and the commissioner of the Saudi-backed startup circuit, his every move happens under a microscope. And whenever there’s an opportunity for Norman to seize the spotlight in support of his business interests, he’s repeatedly demonstrated he won’t hesitate to take it.