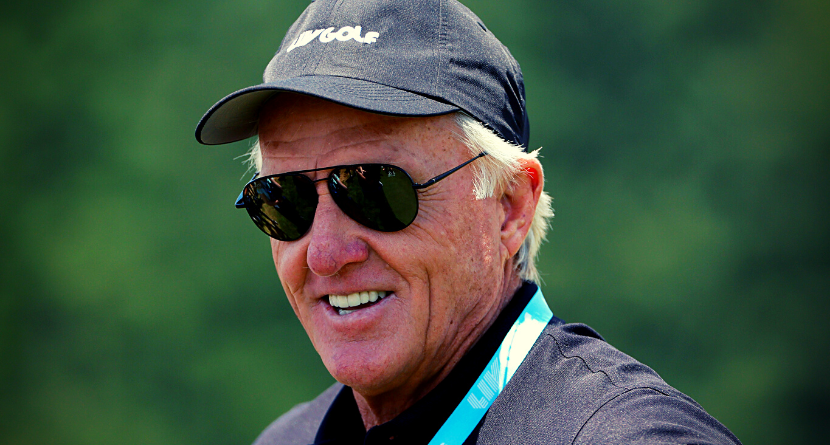 For someone cast as pro golf’s persona non grata, Greg Norman sure is making a lot of noise this week.

“That is a testament to their stupidity quite honestly,” Norman said of the Department of Justice’s probe into the PGA Tour’s anticompetitive practices in an interview with the Palm Beach Post published Tuesday. “Instead of sitting down and taking a phone call from us and just say, ‘Hey, work this out. We can do it.’

Norman’s comments come on the heels of the Wall Street Journal reporting Monday that the DOJ is investigating the Tour for antitrust violations in the wake of the decision to indefinitely suspend 24 former members for competing on the rival circuit. As many media outlets have noted, the investigation mirrors the Federal Trade Commission’s probe from 1994.

Then, as now, Norman was fronting a startup league, raising questions about the Tour’s jurisdiction over events it wasn’t directly involved in sanctioning.

Norman, a two-time Open champion, was effectively banned from the 150th edition of the event at St. Andrews this week. He received a letter from the R&A informing him that he was not welcome at any of the festivities honoring past champions.

“I’m disappointed. I would have thought the R&A would have stayed above it all given their position in world golf,” Norman told Australian Golf Digest. “[It’s] petty, as all I have done is promote and grow the game of golf globally, on and off the golf course, for more than four decades.”