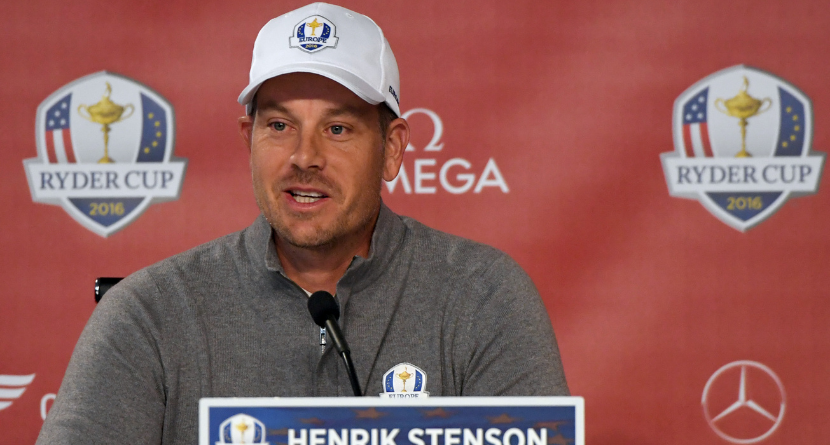 After months of speculation and alleged near-appointments for players who may or may not have been attached to a rival league, Europe finally has its next Ryder Cup captain.

Henrik Stenson — he of the dry wit, occasionally fiery temper and buttery smooth 3-wood — will lead the Euros into battle when the matches come to Italy in 2023. The announcement was made Tuesday.

A mainstay on the European teams that dominated the past two decades, Stenson, 45, will oppose Zach Johnson at Marco Simone Club in Rome. The Euros haven’t lost as hosts since the 1993 matches at The Belfry.

“It is a huge honor and I was humbled to get the call confirming the news,” Stenson said. “I would like to thank the selection panel for believing in me and will say to them, and every European golf fan, that I will do everything in my power and leave no stone unturned in the quest to get the Ryder Cup back in European hands.”