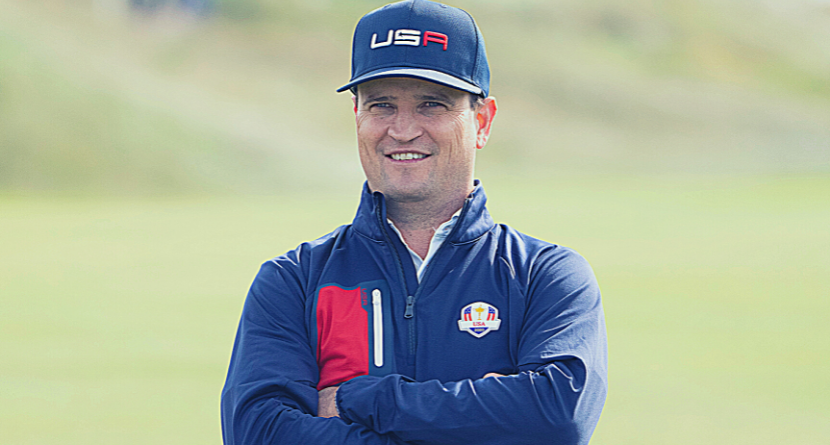 Johnson, 46, is a veteran of seven Ryder Cup teams — appearing on five as a player and spending the last two as a vice captain. He’s charged with trying to capitalize on the momentum of an American blowout at Whistling Straits in 2021 and end a 30-year drought in enemy territory when the team hits the road for the 2023 matches at Marco Simone Golf & Country Club in Rome. His European counterpart has yet to be named.

Steve Stricker, who guided the Americans to a 19-9 victory in his native Wisconsin last year, had been the second consecutive U.S. captain to appoint Johnson as one of his assistants, joining Jim Furyk in 2018. Stricker served on the six-person committee responsible for naming his successor — a group that now includes Jordan Spieth and Justin Thomas.

The self-described “normal guy” Johnson is a two-time major champion who famously summed up his existence in those humble terms after slipping on the green jacket in 2007. He’s known for his philanthropic efforts and is popular among his Tour peers.

When Johnson bested Marc Leishman and Louis Oosthuizen in a playoff to win his second major at the 2015 Open Championship the last time it was contested at the Old Course, he could barely compose himself in one of the most gracious interviews you’ll ever see from an athlete in such a moment.

“He’s a cool blend of the older generational player and a person with a new generational outlook on the game,” Tony Finau said last week. “He’s lived in both worlds. He’s got a great perspective on the game and the team atmosphere.”

Using the last Ryder Cup matches held on European soil as a guide, Johnson will have his hands full making captain’s picks and assembling pairings that can do what’s required of a venue that will surely be set up to favor the home team. The Americans will likely need to excel at many of the things that made Johnson a 12-time winner on Tour.

“You look at his game and what he’s accomplished,” said Xander Schauffele. “He’s a shorter guy, like the old-school type. If you’re in trouble, chip out and hit your wedges close and putt really well. If you think about that type of player, they have to be so precise and disciplined in their approach. That created who he is. He’s got a lot of fight.

“I can feel how much everything means to him and how much he wants to win.”