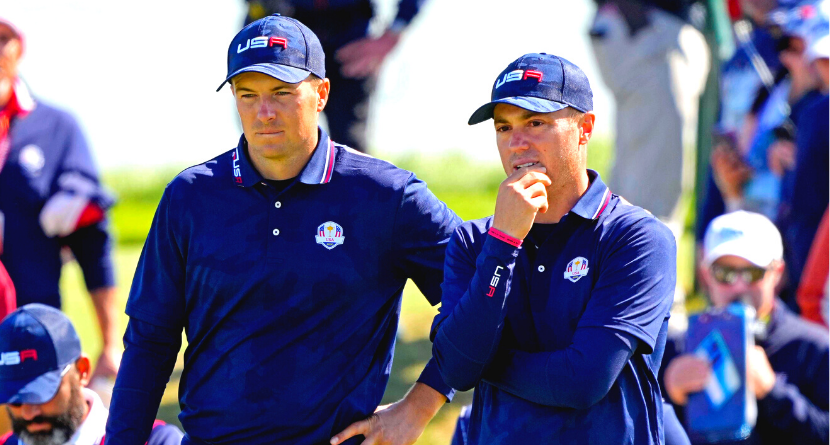 The 2021 Ryder Cup matches signaled a generational shift for the Americans as a roster stocked with young stars stepped out of the outsized shadows of Tiger Woods and Phil Mickelson to claim a runaway victory in Wisconsin.

The youth movement was cemented Tuesday when Justin Thomas and Jordan Spieth — two of the players whose influence on that new-look squad were already apparent — were granted seats on the six-member committee that dates back to the Gleneagles debacle in 2014.

The task force, as it’s alternately known, has counted Woods and Mickelson among its player representatives in the past. The group presides over the captaincy and additional decisions related to the player experience, big and small.

“Very excited,” said Spieth, who’s played on every American team since his debut in 2014. “The job is mainly more helping to pick the captain, talk about the players’ experience on and off the golf course, how it can be improved, what frees us up to play our best golf. It was nice having the last Ryder Cup, being on the side of knowing what was successful. I think I can provide useful input having been on four teams.”

Added Thomas: “I feel like it’s important to me. I hope to be playing the Ryder Cup the next 20 years. At least if I’m not playing, which I hope to be, I want to be part of it somehow to help us win.”

Suffice to say, Thomas and Spieth enter the fray at a fascinating time for the Americans, who have the horses to put together another dominant run provided they can push the right buttons at captain. Historically speaking, that’s been anything but a sure thing. And with Mickelson spouting off against the Tour in recent weeks and seemingly paying the price, it’s fair to wonder now if new options will need to be explored.