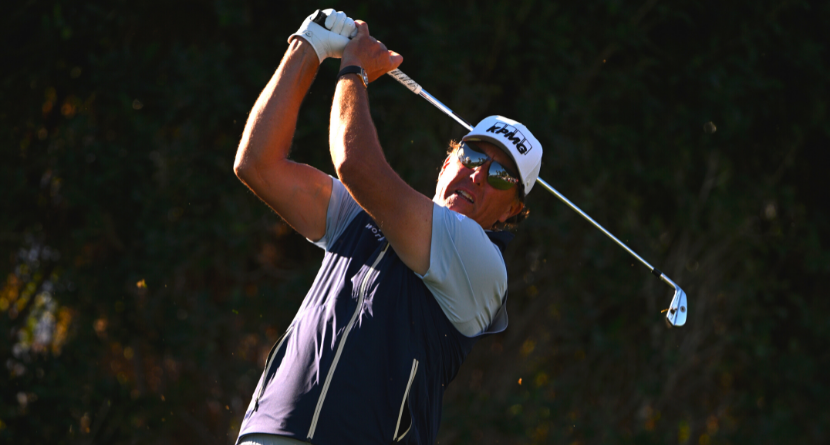 It’s been more than a little curious to watch one of the PGA Tour’s most beloved figures take a torch to his relationship with the organization that made him a global star. But now, thanks to an explosive excerpt from an upcoming Phil Mickelson biography, comes a clearer picture of Lefty’s motivation — and it isn’t pretty.

Renowned golf journalist Alan Shipnuck posted a portion of “Phil: The Rip-Roaring (and Unauthorized!) Biography of Golf’s Most Colorful Superstar” to the Fire Pit Collective on Thursday, more or less confirming the prevailing theory behind Mickelson’s recent crusade: he’s willing to leverage a lucrative offer to headline a Saudi-backed rival circuit in order to bend the Tour to his will.

“[The Saudis] are scary motherf—ers to get involved with,” Mickelson says in the book. “… They killed [Washington Post reporter and U.S. resident Jamal] Khashoggi and have a horrible record on human rights. They execute people over there for being gay. Knowing all of this, why would I even consider it? Because this is a once-in-a-lifetime opportunity to reshape how the PGA Tour operates.”

Read his very honest comments about his involvement and the PGA Tour an interview with @AlanShipnuck: https://t.co/007gzsfJPU pic.twitter.com/JvsJDwzpjL

Mickelson told Shipnuck he’s teamed with a triumvirate of “top players” to foot the legal bill for writing the Super Golf League’s operating agreement, so it doesn’t exactly seem like he’s bluffing. Though, in a damning admission, he tells his interviewer “I’m not sure I even want [the SGL] to succeed, but just the idea of it is allowing us to get things done with the Tour.”

The book contains more of Mickelson’s unfiltered musings on media rights. Commissioner Jay Monahan is painted as an ineffectual patsy, the Tour he runs “a dictatorship” masquerading as a democracy.

Long considered a leader among his peers and a shoo-in to eventually captain an American Ryder Cup squad, Mickelson appears to be squandering some — or all — of that goodwill.

“Seems like a bit of a pretty, you know, egotistical statement,” Justin Thomas said Thursday when asked for a reaction to Mickelson’s latest comments. “I don’t know, it’s like he’s done a lot of great things for the PGA Tour, it’s a big reason it is where it is, but him and others that are very adamant about that [the SGL], if they’re that passionate, go ahead. I don’t think anybody’s stopping them.”