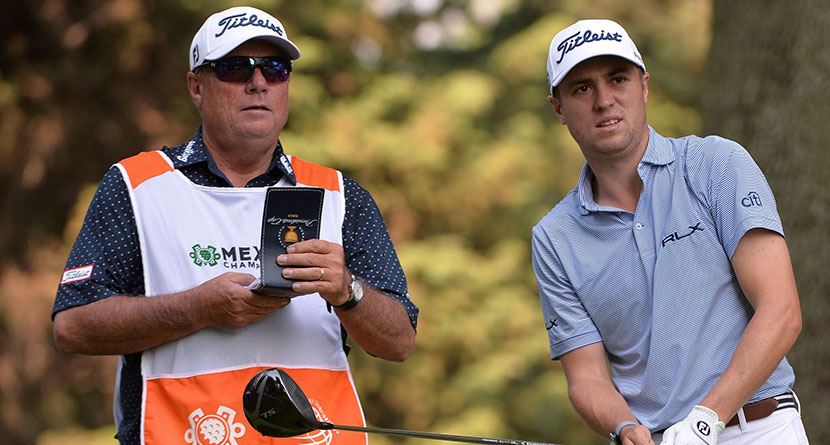 We don’t need to be reminded that 2021 has been a weird year.

While the world still deals with the lingering effects of a global pandemic, the golf world has, by and large, continued to turn. However, it hasn’t been without its fair share of head-scratchers. Case in point: for the second time in the last three months, a caddie has opted to step away from a top-10 player in the world in order to pursue other opportunities.

“Jimmy and I had an incredible run of 6 years together but we have agreed to go our separate ways,” Thomas posted on social media. “I 100% did not fire him, as Jimmy came to me after the Ryder Cup and told me he has decided to pursue other opportunities.

“I’ll always appreciate all the success and times we had together, I wish him all the best.”

JT wasn’t caddieless for long as reports of Johnson’s replacement broke before Thomas even made his statement on social media.  Jim “Bones” Mackay told GolfChannel.com that he had accepted a job offer from Thomas.

“It came out of left field very recently. I have just tremendous respect for JT as a person and a player,” Mackay told Golf Channel on Thursday. “It was an incredible phone call to get and I said yes.”

Mackay and Thomas are far from strangers as Bones has been on Thomas’ bag in spells for Johnson while he recovered from injury, including shepherding Thomas to victory at the 2020 WGC-FedEx St. Jude Invitational, which Thomas won by three strokes.

Mackay had been working for Golf Channel and NBC since splitting with Phil Mickelson in 2017, but the opportunity to pick up the bag of a top young star was not one he was willing to pass up.

“I love to caddie and I loved my role with NBC/Golf Channel,” Mackay said, “but it’s Justin Thomas.”