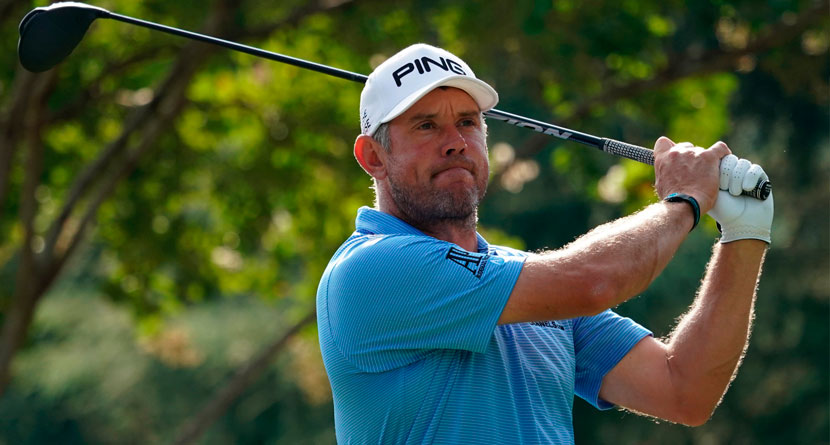 This was a welcome change for current Tour constituents as purses continue to grow and the Tour adapts to its new normal, but some former players aren’t amused.

Lee Westwood gave up his PGA Tour card to join LIV Golf and hasn’t looked back. He’s been open and honest about his reasoning, citing his age, shorter tournaments, and of course, the colossal prize money.

He’ll turn 50 years old next year, he has three runner-ups at major championships, and he built an admirable, loyal career on the European Tour spanning almost 30 years and including 25 wins.

“My age was obviously part of my decision-making process,” Westwood said in regards to his decision, “There was no way I could ever play in all the events required to keep it.”

The former World No. 1, in a recent interview with Golf Digest, didn’t mince his words when asked about the PGA Tour’s recent changes to its schedule, its bonus structures and its “Strategic Alliance” with the DP World Tour.

“I’m not convinced by the strategic alliance because I’ve seen how the PGA Tour has behaved over the years,” Westwood said. “There’s not been much ‘give.’ They have always been bullies and now they are getting their comeuppance. All the PGA Tour has done since Tiger came on tour is up the prize purses. In turn, that has taken all the best players from Europe away from the European Tour. They’ve had to play in the States, taking all their world ranking points with them.

“That was their strategy: ‘Put up the money. Get all the players. Hog all the world ranking points.’ Which becomes self-perpetuating. What we have seen over the last few months is just LIV doing what the PGA Tour has done for the last 25 years.”

Lee Westwood: Frustrated at the PGA Tour for … running a business that benefited him to the tune of $24M? https://t.co/8Bfj9Ar8BM pic.twitter.com/wmArXcUGNZ

As for the new-look PGA Tour announced last week, Westwood is unimpressed.

“I laugh at what the PGA Tour players have come up with. It’s just a copy of what LIV is doing. There are a lot of hypocrites out there, “ he said. “Hopefully, at some point, they choke on their words. And hopefully, they will be held to account as we were in the early days.”

The Englishman had plenty to say about the PGA Tour and its shortcomings, an answer for every question asked.

He sounded like he had all the solutions to the problems facing professional golf. However, when asked about Saudi Arabia’s sovereign wealth fund that backs LIV Golf, Westwood balked and delivered a scripted answer.

“The questions on the Saudi government and their policies are unanswerable. My response is just to try and not answer them,” he said. “I’m not a politician; I’m a golfer. But I do know that sport can be used as change for good.”

There are LIV players filing lawsuits, still trying to benefit from the PGA Tour and have the best of both worlds, but Westwood isn’t one of them.

Westwood says he has no regrets about joining LIV Golf, and can’t seem to hide his pleasure while watching the PGA Tour navigate the LIV invasion. There are still concerns regarding the strategic alliance between the PGA Tour and DP World Tour, and maybe Westwood is bitter that these issues weren’t addressed before LIV came to fruition.

Westwood is slated to play at the BMW PGA Championship at Wentworth on September 8-11.

This marks his 29th consecutive appearance and he plans to play in this tournament as long as the invitation stands. He will also play the LIV Boston event this week.