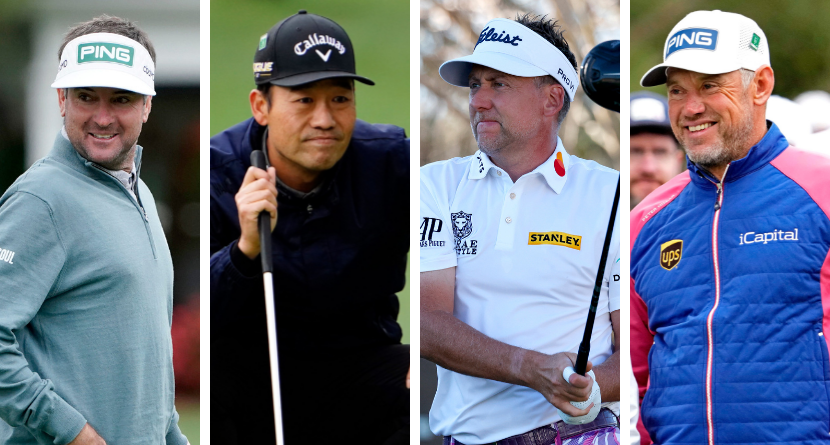 The $225 million alternate pro golf circuit backed by Saudi Arabia and fronted by Greg Norman is forging ahead and getting ready to officially name names.

In an interview with the Telegraph (U.K.) published Tuesday, Norman — LIV Golf’s chief executive and the Saudi league’s presumed commissioner — resumed his role as bombastic hype man, hinting at the inclusion of a two-time major champion once players are announced for the June kickoff event.

“We’ve respected the Masters and let it go off, but now our journey is finally coming to fruition — for the players, not for me,” Norman said. “Their rightful place to have what they want. That’s why they are still very, very, very interested. We have players signed, contrary to the white noise you’re hearing out there.

“The interest level we’ve had… well, I had a player who’s won a couple of major championships sitting in my very office here 48 hours ago.”

Watson, a two-time Masters champ, certainly fits the profile of Norman’s mystery man. And he and Na are the newsmakers here. Neither name got much play earlier in the year when American stars like Dustin Johnson and Bryson DeChambeau were rumored to be contemplating a defection.

The two Brits, however, hardly register as surprises; both have long been linked to the venture and have even discussed how they were legally bound not to discuss their involvement through nondisclosure agreements.

Westwood has tangled with golf journalists on social media over the inherent moral conundrum, as well as whether his inclusion will excite fans. Poulter, though historically more outspoken, has been less inclined to mix it up.

The eight-event series is scheduled to begin with a 54-hole team event slated for London’s Centurion Club in June. It will feature 48 players drafted to 12 four-man teams as well as a $20 million individual purse.