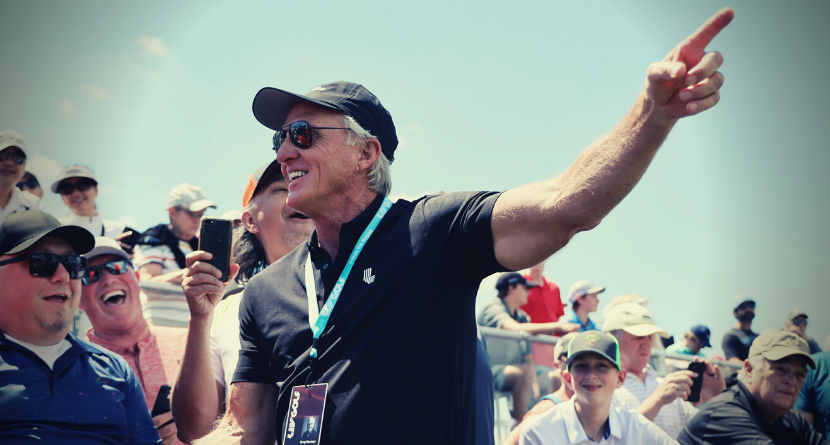 The LIV Golf Series still faces some hurdles in its quest for legitimacy, but the fledgling league has taken the necessary steps to clear a major one.

In a statement released late Tuesday, the Official World Golf Ranking confirmed it had been formally petitioned by LIV Golf to accredit the organization, which would, of course, clear the way for players who defected from the established tours to earn their way into elite fields around the globe.

“[Last Wednesday], Official World Golf Ranking received an application from LIV Golf for inclusion in its ranking system,” read the statement from OWGR chairman Peter Dawson. “Examination of the application will now commence.”

With a Department of Justice antitrust probe underway and legal battles almost assured of being waged on an individual basis, there’s an awful lot of future squabbling between the two sides hinging on this decision.

Without OWGR points, LIV Golf players who previously qualified to play in the major championships by performing at a high level on the PGA Tour will eventually get excluded on merit.

Of course, it remains to be seen whether the governing bodies in charge of running the majors could enact new criteria making it more difficult for LIV Golf players to qualify. Speaking at a press conference Wednesday, R&A CEO Martin Slumbers indicated the organization could eventually explore that scenario.

“We will hold totally true to The Open being open to anybody,’’ Slumbers said. “But we may well look at how you get into that, whether it’s an exemption or a need to qualify through our qualifying process.”

The R&A, along with the USGA, the PGA of America, Augusta National, the DP World Tour and the PGA Tour, comprise the world ranking board. Suffice to say, LIV doesn’t have too many allies in that group.