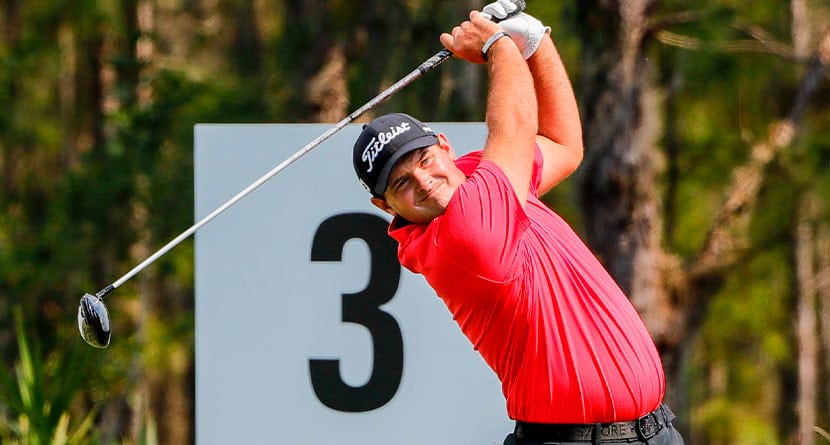 The tumultuous Patrick Reed saga continues onward with an added wrinkle to his now-infamous lawsuit.

The original complaint, filed in Reed’s home state of Texas, claimed that Reed unfairly had his career and reputation smeared due to “calculated, malicious, false and/or reckless attacks” levied against him by the commentators.

After originally filing in Texas federal court, seeking justice and lofty damages to the tune of $750 million, Reed and his legal team have made the strategic move to shift their case to Florida.

Patrick Reed withdrew his lawsuit against Brandel Chamblee from Texas federal court, only to refile with additional defendants in Florida.https://t.co/uJSKWvbn1M

To withdraw the lawsuit and then immediately refile in a different state is an uncommon move, to say the least. Naturally, there have been questions about the motive. In order to gain a better understanding as to why the decision was made to relocate, there are a few factors that may have played a role.

For starters, Reed’s attorney – Larry Klayman – has orchestrated what some have described as a “pathologically litigious” career. He has a long track record of sanctions and discipline due to his “aggressive” legal tactics (In 1998, he sued his own mother for $50,000).

His behavior has been erratic enough over the years that, in September, he was handed an 18-month suspension from practicing law in the District of Columbia based on violations and conduct deemed unprofessional in separate cases.

This may not seem relevant since Reed’s lawsuit was filed in Texas. However, in Texas where the original complaint was filed, there’s a local ordinance that any lawyer “suspended or disbarred by another court shall immediately cease to practice before this court.” In layman’s terms, his suspension in D.C. means he wouldn’t have been able to represent Reed in Texas, so they’re trying a district in Florida instead.

In addition to his suspension, the Texas federal judge appointed to the case in August, Alfred H. Bennett, is a golfer and a rules purist who reportedly may not have taken kindly to Reed’s controversial track record as an alleged “rule-bender.”

Put simply, they didn’t feel like they got a favorable draw on a judge and felt that would hurt their (already slim) chances in this case, so they appear to be dodging him.

The case for Reed has never been particularly strong from the surface level. Suing for $750 million is an absurd number and hard to take seriously. The suit claims “substantial financial and emotional damage and harm” to Patrick Reed and his family.

It’s important to note his PGA Tour earnings exceeded $37 million and he just signed a multi-million dollar contract to join the LIV Tour, on top of $5,958,500 in LIV winnings. To put it mildly, his complaint is slightly less than airtight and it’s widely believed that Reed won’t win this case.

Perhaps this is more of an opportunity to send a message, but what that message is remains unclear.