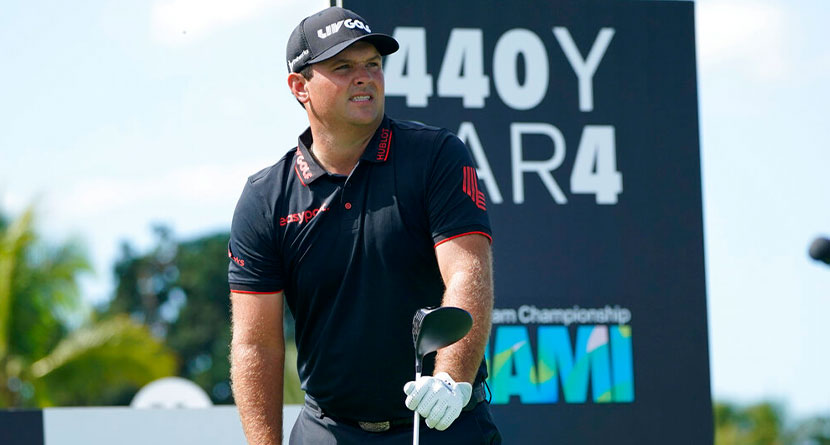 At this point, it is safe to say that Patrick Reed and his lawyer Larry Klayman enjoy suing people and trying to get them to apologize.

For this iteration, after a conversation between CNN’s Jake Tapper and announcer Bob Costas about the court battle between the PGA Tour and LIV Golf was released, Reed and Klayman are now demanding an on-air apology for what they are calling a “highly defamatory piece.”

If they do not issue an on-air apology, the letter from Reed and Klayman says that his group reserves the right to sue Tapper, Costas and CNN for “damages well in excess of $450 million.”


The piece in question does not mention Patrick Reed and can be viewed below.

2022 was a busy year for Klayman as he filed and refiled a $750 million defamation lawsuit against Damon Hack, Shane Bacon and Brandel Chamblee of the Golf Channel and Eamon Lynch, columnist for Golfweek.

The original suit against Chamblee alleged that the group “conspired as joint tortfeasors for and with the PGA Tour, it’s (sic) executives and it’s Commissioner Jay Monahan, to engage in a pattern and practice of defaming Mr. Reed, misreporting information with falsity and/or reckless disregard for the truth … purposely omitting pertinent key material facts to mislead the public, and actively targeting Mr. Reed since he was 23 years old to destroy his reputation, create hate, and a hostile work environment for him”

The new suit against Tapper includes the following, “At one time, I had known Jake Tapper to (be) a moderately honest journalist and commentator, but after the election of President Donald Trump, he sold his soul to the hierarchy of CNN, then headed by rabid Trump-hater Jeff Zucker.

“Ever since, CNN and Tapper pliantly have been on a crusade to destroy Trump, which crusade apparently appeals to CNN’s generally leftist viewership, and reaps profit for the network. Interestingly, a person with the last name Zucker is referenced in the subject broadcast.

“While Jeff Zucker has since been fired at the CEO of CNN over alleged misconduct with a subordinate at CNN, his legacy as a Trump-hater lives on and Tapper continues his unhinged vicious attacks on not just Trump but anyone and anything associated with him, such as LIV Golf, which simply played two events at the former president’s golfing venues in New Jersey and Florida last year, which LIV Golf payed (sic) for.”

The network replied to Klayman’s filing with a statement of its own.

“This is a frivolous lawsuit, whose aim is to chill free speech and intimidate journalists from covering important stories about the Saudi government and the Saudi-backed LIV Golf tournament,” CNN said in a statement. “CNN will aggressively defend its reporting, which did not even mention the plaintiff in its coverage.”