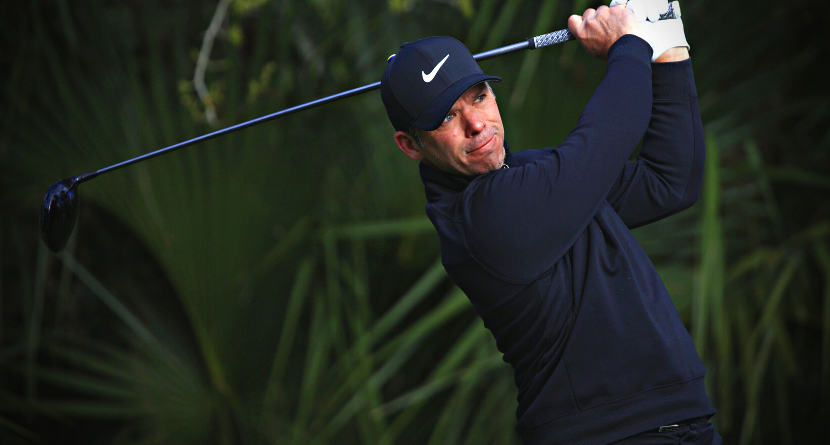 It’s a strategy that doesn’t square with the stated desire of so many LIV Golf Series members to play less frequently, but one from their ranks has gone on record with a workaround that could see them retain world rankings points and stay exempt for major championships.

In an interview with Sky Sports published July 17, Paul Casey revealed that players are engaged in group discussions about how they might gain entry into the majors in the event that LIV Golf tournaments continue to go unrecognized by the Official World Golf Ranking and the committee that oversees it.

“There’s talk about guys sort of playing a couple [of Asian Tour events],” Casey said at the conclusion of his final round at the Open. “I don’t even know the schedule. I’m sorry, whether they go play something before Bangkok to get ready, or the break in August.

“The next one is in Bedminster. Then I think there’s a break before it’s Boston or Chicago — I get my dates mixed up. Do they go play to be a bit sharper? There’s a lot of discussion, a lot of WhatsApp chat group feeds going around. I’m not part of most of them. I think the discussion was if guys turn up en masse, then it lifts the world ranking points. So if they’re going to go play an Asian Tour event, they all go together.”

LIV Golf has officially applied for accreditation from the OWGR, but there’s no telling how long the review process could drag out. In the interim, players like Casey, who’s 44 years old and sliding in the rankings, risk losing out on what could be their final few attempts at capturing some serious hardware.

Of course, it’s a risk they willingly took on when they signed up with the Saudi-funded startup circuit.

“I was fully aware of what might be, of the possibility of not playing majors,” Casey said. “It’s an interesting question for the younger guys. Myself, I mean, I’m hanging on in the world rankings. I don’t know what guys are going to do. I think there’s the option of playing some Asian Tour events. We’re going to see what happens with the DP World Tour. But I was under no illusions that my ranking could slide and be out within however long, whatever the timeframe is.”