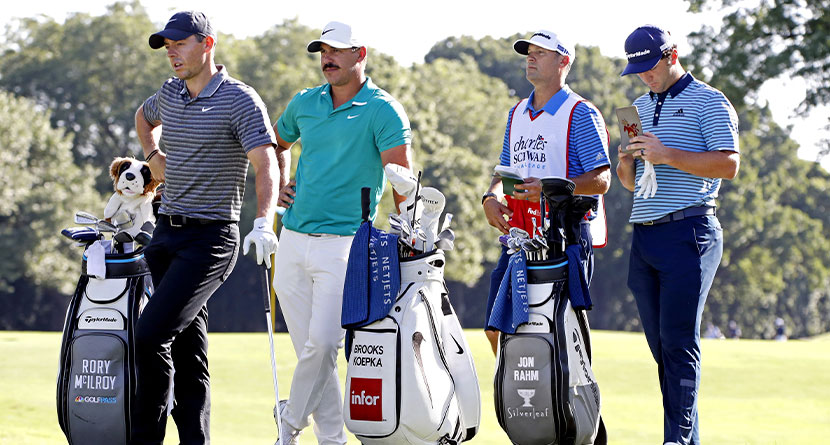 The 16-member PGA Tour Player Advisory Council has been announced for the 2022 season, and it includes some big names such as Jon Rahm, Brooks Koepka and Patrick Cantlay.

The PAC advises and consults with the PGA Tour Policy Board as well as PGA Tour Commissioner Jay Monahan on issues affecting the Tour. Rory McIlroy is currently in his second year of a three-year term as the Chairman of the PAC.

Cantlay, Billy Horschel, Peter Malnati and Webb Simpson were selected by the Player Directors to run for PAC Co-Chairmen. Two of the four will be elected to replace James Hahn and Kevin Kisner as Player Directors on the PGA Tour Policy Board, serving three-year terms.

Cantlay, Horschel, Malnati and Simpson have been selected by the Player Directors to run for PAC Co-Chairmen via election. The leading two vote-getters will replace James Hahn and Kevin Kisner as Player Directors on the TOUR Policy Board, serving three-year terms (2023-25).

The PAC acts on and advises the Tour on everything from rules enforcement, ie. the greens book ban, to player matters, ie. granting releases for players to play in non-Tour-sanctioned events.