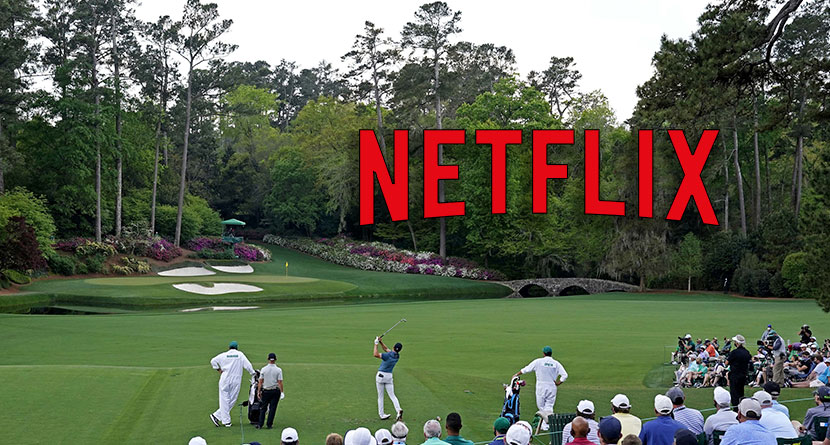 The PGA Tour is coming to Netflix.

The long-rumored collab was made official on Wednesday in statements from both the streaming giant as well as the Tour. In an effort to recreate something similar to the service’s wildly popular F1 docuseries Drive to Survive, Netflix and the PGA Tour have linked up with Vox Media and the producers of the F1 series, Box to Box Media, to create the golf equivalent.

According to reporting from Golf.com , Netflix cameras began shooting their first interviews with players at last month’s Hero World Challenge, fueling the speculation inside media circles of who would be featured in the first season of the show.

The cat’s out of the bag, however, as Netflix announced its full roster of players on Wednesday, which includes five of the top-7 players in the Official World Golf Rankings.

From Vox Media Studios and the production team behind F1: DRIVE TO SURVIVE, the series will go inside the ropes and behind the scenes of golf's biggest events, including The Players, the FedExCup, and all four major championships.

Furthermore, the protective veil of the PGA Tour won’t hang over the series, a concern for many fans who feel the Tour’s obsession with a squeaky-clean image of their game and members obfuscates the truth in many instances.

Filming will take place over the course of the 2022 season, wrapping up in August at the Tour Championship. As for its release, Drive to Survive has debuted on Netflix dashboards a week or two ahead of the following F1 season.

However, as golf fans know, the PGA Tour’s offseason lasts roughly six hours, so it’s better to temper expectations and plan to see the show released in early 2023.