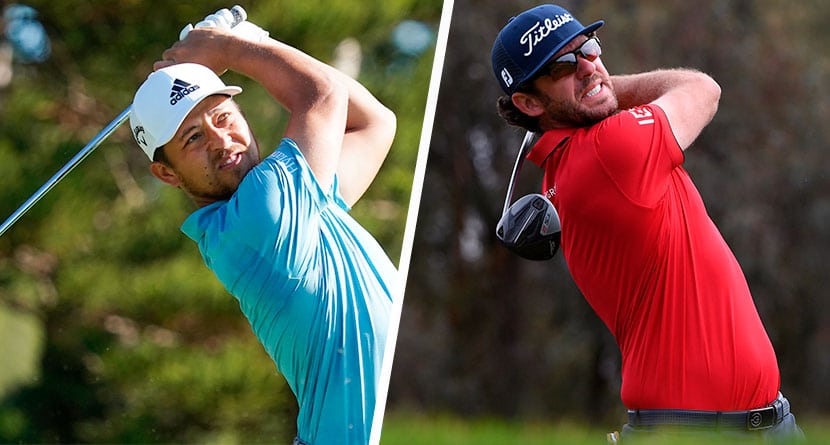 Golf fans didn’t need to search far and wide to unearth criticism of Patrick Reed amid his latest rules controversy at the Farmers Insurance Open, but even as commentators and fans voiced their displeasure, it was somewhat of a shock to the system to hear Reed’s fellow Tour pros speak out against his actions.

Most who spoke on Saturday afternoon toed the company line, giving Reed the benefit of the doubt, including Tony Finau and Rory McIlroy, but following Sunday’s final round and Reed’s five-stroke victory, two players, in particular, spoke critically of the champion.

Xander Schauffele and Lanto Griffin, both of whom finished inside the top-10, were less diplomatic than their peers who went on the record when it came to Reed’s free drop from a perceived embedded ball on the 10th hole during his third round.

“I would not put myself and create a situation like that,” Schuaffele said when asked if he’d ever been in a situation like that. “If my ball’s embedded, I usually will wait and call someone and kind of wait until everyone’s on the same page, wait to look at video. So, I try to avoid situations like that just for that reason.

“No (I wouldn’t have picked the ball up). I would wait for an official. You can put a tee in the ground and check your ball. I mean, he did everything by the book, according to the official and everyone stood by there. Obviously, the talk amongst the boys isn’t great, but he’s protected by the Tour and that’s all that matters, I guess.”

Griffin wasn’t as subtle or critic as Schauffele after he wrapped up his final round.

“Golf’s a game of sportsmanship and it’s tough to put us in the spot to call him out because we weren’t there, but at the end of the day I think 99 percent of the golfers out here, if it’s in question one way or the other, they’re going to go the other way, not taking a drop, it didn’t cross (a penalty area), that type of deal,” he said “So, it’s tough to see, it’s sad, kind of pisses us off, but it’s the way it is. Hopefully, something changes and come to a conclusion.”