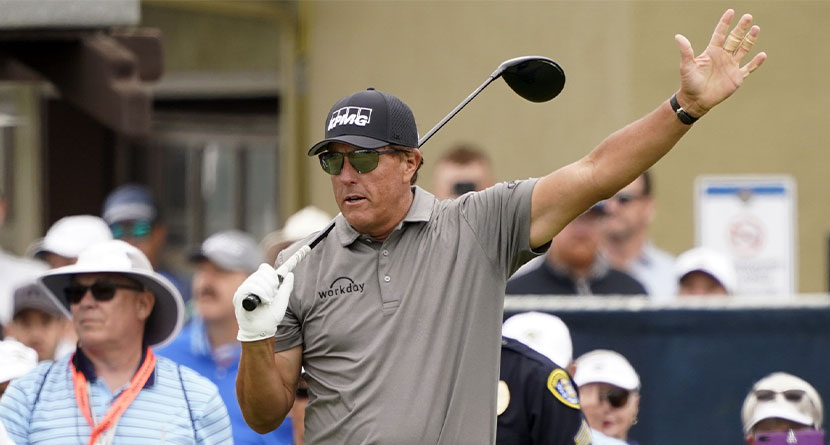 After being the topic of conversation at golf courses around the world last week — including Riviera Country Club — Phil Mickelson publicly apologized on Tuesday for the comments he made to Alan Shipnuck of The Fire Pit Collective in November 2021 that were published last week.

In a 530-word apology posted to social media, Mickelson went into damage control saying his comments were meant to be “off the record” (an assertion Shipnuck categorically denies), but that his main motive was acting in the best interest of golf. He went on to say that he regretted using the words he used, calling them “reckless.”

What else did Phil’s apology say?

Perhaps the most notable portion of his apology beyond the boilerplate was that Mickelson feels he “desperately needs some time away to prioritize the ones I love most and work on being the man I want to be.”

Given the contents of Mickelson’s comments to Shipnuck, Phil’s vague “time away” verbiage and the PGA Tour’s opaque suspension protocols, a simple question permeated the aftermath of the released statement: is Phil suspended?

A Statement from Phil Mickelson pic.twitter.com/2saaXIxhpu

It’s not hard to see how Mickelson’ words and actions could fall under “conduct unbecoming of a professional” (Page 136 of the PGA Tour Player Handbook), but according to Shipnuck, Mickelson hasn’t been suspended, primarily because that would at least partially prove Mickelson’s point.

What is up for debate is when we will see Phil next. He hasn’t played on the PGA Tour since back-to-back missed cuts at The American Express and Farmers Insurance Open at the end of January. With the exception of last year, Mickelson has played in the Arnold Palmer Invitational and Players Championship each year since the Tour’s flagship event moved to March.

Already having missed one of the Tour’s three elevated status (read: bigger purses) events this past week at Riviera, Phil could potentially miss next week’s API — another elevated status event — and the following week’s Players Championship, two events whose combined purses are $32 million.

If Phil, indeed, is not suspended and simply doing some soul-searching, he’ll be doing it during the Tour’s most lucrative fortnight of the year.

How’s that for irony?