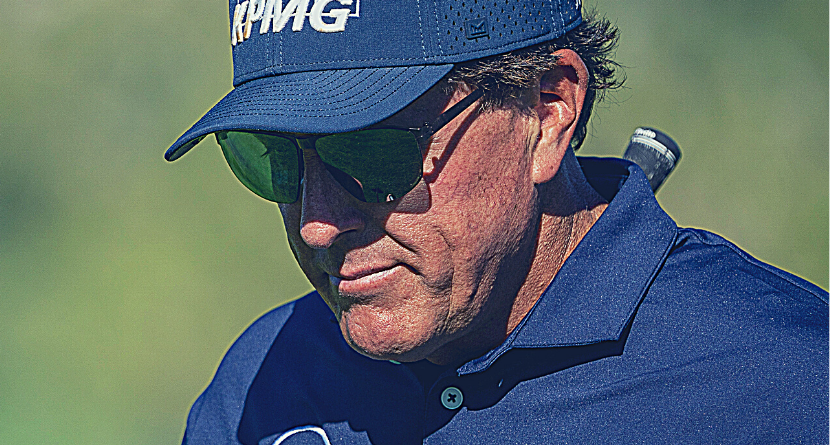 A new report from the UK Telegraph greatly diminishes the chances of a tidy reconciliation between Phil Mickelson and the PGA Tour.

Published on Tuesday, the report links Lefty to all eight of the LIV Golf Series events, some of which are due to be played on American soil. And that’s where the plot thickens.

The Saudi-backed rival circuit is set to launch on June 9 with an event in London for which 70 players — including 15 of the top 100 in the world rankings, per multiple reports — have registered. And the Telegraph’s story suggests those players will likely be granted their release.


But the series’ second event, slated for Portland, Ore., in early July, would almost certainly push PGA Tour commissioner Jay Monahan to act on his stated intention of disciplining defectors. A longstanding bylaw prohibits members from competing in a conflicting event on North American soil, and the Portland event is just the beginning of a three-stop American swing.

The legality of punishing players in that scenario remains a point of contention. But if he does indeed opt to test those boundaries, Mickelson — who has made good on his plans to lay low — would once again be thrust into the spotlight as the key figure in a bitter court battle against his PGA Tour bosses.

Dribs and drabs of news about Mickelson’s schedule have trickled out in recent weeks. He has reportedly filed the necessary paperwork to defend his title at the PGA Championship and compete in the one major that eludes him in the quest for the career grand slam, the U.S. Open. But if reports about his involvement with the LIV Golf series prove accurate, it’s hard to imagine a full-fledged redemption tour is imminent.