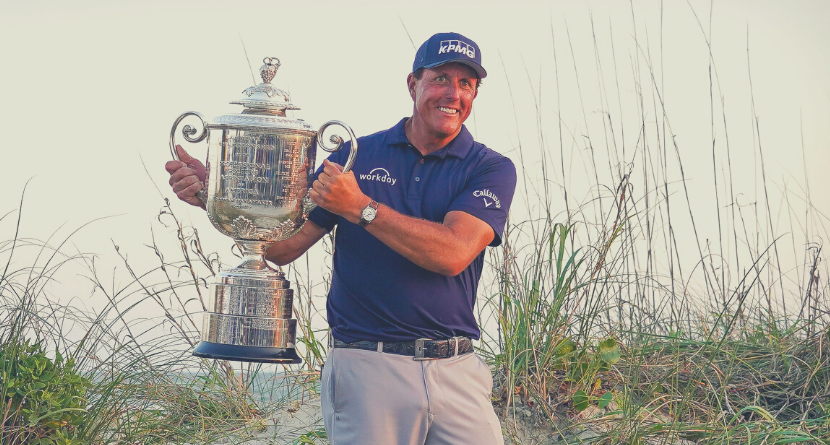 A potential Phil Mickelson comeback tour is taking shape, and it appears Lefty may be trying to have his cake and eat it too.

After two months of radio silence, the six-time major champion’s longtime agent Steve Loy surfaced details about some late-spring and summer plans on Monday via Golf Digest’s Dan Rapaport — and an appearance in the LIV Golf Series’ inaugural event and a title defense at the PGA Championship are both in the offing.

To be clear, Loy merely confirmed the possibility of a Mickelson sighting at those events, indicating that the necessary paperwork has been completed to pave the way for his client’s long-awaited comeback. Still, any kernel of Mickelson news will surely move the needle in the aftermath of his bridge-torching exit from PGA Tour competition earlier this year.

“Phil currently has no concrete plans on when and where he will play,” Loy’s statement reads. “Any actions taken are in no way a reflection of a final decision made, but rather to keep all options open.”

It was also confirmed Monday that Mickelson had indeed filed for entry in the U.S. Open, as had previously been reported. So clearly Mickelson is keeping his options open.

Jay Monahan, the Tour’s commissioner, has been steadfast in saying Mickelson was not suspended for giving a series of inflammatory quotes in support of the Saudi-backed LIV Golf startup circuit. Though that did little to quell speculation to the contrary.

The PGA Championship at Southern Hills in Tulsa, Okla., is set to begin on May 19, with the LIV Golf Series’ inaugural event slated to be played at London’s Centurion Club a couple weeks later.