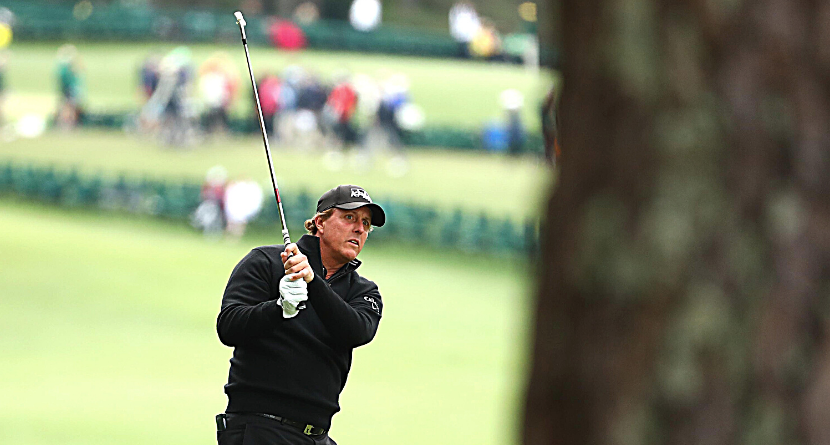 It was inevitable, but it still registers as a stunner: Lefty won’t be driving up Magnolia Lane this year.

Indeed, for the first time since 1994, there won’t be any hellacious seeds soaring onto the hallowed fairways of Augusta National as Phil Mickelson’s name surfaced among the “past champions not playing” on the list of 2022 invitees revealed Monday.

The embattled legend has been in exile since apologizing for his “reckless comments” to biographer Alan Shipnuck in late February.

The PGA Tour is honoring Mickelson’s pledge to “work on being the man I want to be” in the aftermath of his scandalous pro-splinter tour leverage play. And while a return to the site of so many memorable Lefty moments would have packed an emotional punch, April always felt rather soon for such a reconciliation.

The news casts serious doubt on whether Mickelson, whose primary sponsors all abandoned ship last month, will defend his crown at the PGA Championship in May.

It’s been almost unfathomable to watch all the good vibes that greeted Mickelson’s record-setting win at age 50 dissipate in the span of a year. But this has been an especially precipitous fall from grace.