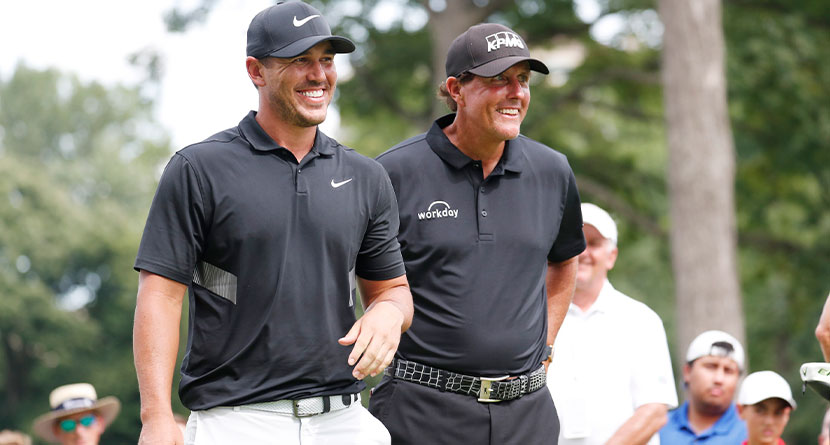 Before there was a coronavirus pandemic or Bryson DeChambeau hitting 423-yard mishit drivers, the story of golf in 2020 was a high-budget splinter Tour that threatened to turn the professional game at the elite level on its head.

And despite vehement rejections from Rory McIlroy and Jon Rahm, among others, a report from The Guardian this weekend shows that the Premier Golf League brass seems undeterred.

The Guardian’s Ewan Murray filed a report on Friday afternoon that claimed offer letters that are valued in the hundreds of millions of dollars were sent to a handful of high-profile players.

Among those who were understood to have received offer letters include Phil Mickelson, Adam Scott, Henrik Stenson, Brooks Koepka, Justin Rose, Rickie Fowler and Paul Casey. The PGL is backed by the New York-based Raine Group.

“I am out of the PGL. I’m going with the PGA Tour,” Koepka told The Associated Press. “I have a hard time believing golf should be about just 48 players.”

Rahm joined the chorus that same week, telling Golfweek.com, “I think what I’m going to do is focus on just the PGA Tour,” Rahm said. “At the end of the day I’m a competitor. I’m a PGA Tour member and I’m going to stay that way.”

Perhaps a less-headling-grabbing piece of Murray’s report indicated that the PGL had been in talks with the European Tour. Predictably, however, the European Tour was noncommital in its statement.

“For the past couple of years, we have been proactively sought out by a number of private equity companies, all of whom recognize the strength and influence of the European Tour across golf’s global ecosystem,” the spokesperson said. “We have listened to them all but our primary focus remains ensuring that the remainder of our 2020 schedule, and onwards to 2021, is robust and healthy for our membership in these constantly changing times.”