Splinter Tour Luring Top Pros With Contracts Up To $100 Million 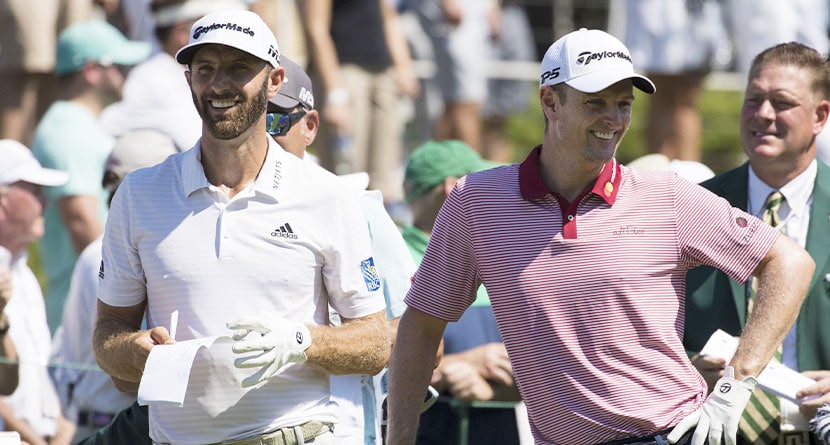 The PGA Tour’s newly-revealed Player Impact Program was seen as a direct response to efforts by the Premier Golf League to poach some of the biggest-name players in the game, and naively was seen as the nail in the coffin of the deep-pocketed splinter Tour.

That naivety was exposed on Tuesday as a wave of reports surfaced indicating that the likes of Dustin Johnson, Phil Mickelson, Adam Scott, Brooks Koepka, Bryson DeChambeau, Rickie Fowler and Justin Rose were sent offer contracts by the former Premier Golf League — now operating under the moniker Super Golf League — to the tune of $30-$50 million per player.

A significant push was made for Mickelson, according to Corrigan, who “has purportedly been offered $100m as the de facto head of the rebels.”

Interestingly, the Saudi-backed splinter Tour has cut ties with The Raine Group, the highly-regarded US venture capitalists that had previously been the outward face of the PGL.

Expectant to be able to lure more than a few players away from the traditional Tours, the SGL is intending on beginning its inaugural season in September 2022 with five events made up of four 4-man teams drafted by a player serving as team captain, according to Golf.com’s Sens.

Going forward, the proposed league would feature 40-48 players playing an 18-event schedule in tournaments around the world with lucrative purses and a season-ending team championship, according to Golfweek’s DiMeglio.

Money appears to be no issue as one agent speaking anonymously told DiMeglio, “The money is there. I heard $1 billion. This is real.”

The PGA and European Tours, who last year entered into a “strategic alliance” partly to ward off the threat of the SGL, have already drawn their lines in the sand.

On Tuesday at Quail Hollow, site of this week’s Wells Fargo Championship, PGA Tour commissioner Jay Monahan reiterated in no uncertain terms that defectors would be banned from the Tour.

“According to sources who heard the speech, Monahan outlined for his players, many of whom are millionaires many times over, the benefits of remaining as Tour members,” Alex Miceli of The Morning Read reported. “He reiterated his message from last year, when the Premier Golf League made an ill-fated attempt to raid the Tour of many of its marquee players: Any defection will result in immediate suspension and likely permanent expulsion from the PGA Tour.”

An interesting side piece to the whole “strategic alliance” is the future impact the SGL may have on the Ryder Cup. With the European Tour banded alongside the PGA Tour, players who are banned or suspended from the respective Tours may have issues earning their way into the team competitions.

“This will all kick off in the next few weeks, starting with this meeting tonight,” a source told Corrigan. “It will be fascinating to hear how aggressive Monahan was with his language to the big names. The Saudis believe the Tour can’t expel members and it could end up in a big legal fight.”

Just when things seemed to be finally calming down, it appears as if they’ve only just begun.