McIlroy Fires Back At Weiskopf Over Harsh Comments 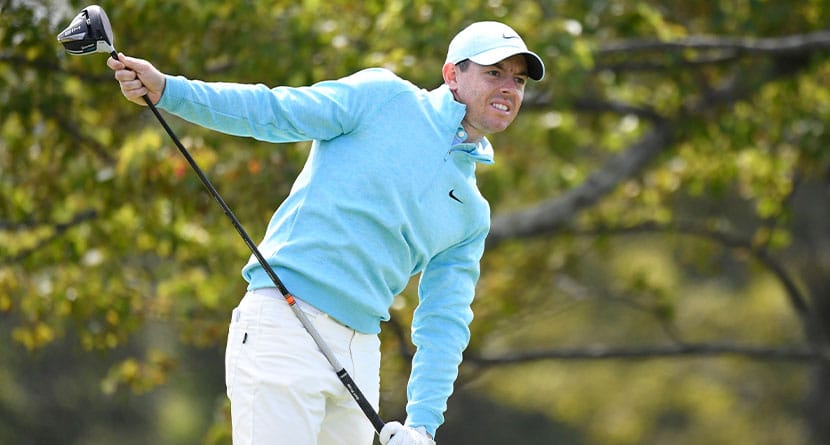 When someone questions your life’s work, it doesn’t take long to stick up for yourself, so when Rory McIlroy caught wind of what 1973 Open Champion Tom Weiskopf said about him, it was only a matter of days before he put his official rebuttal on the record.

Weiskopf, in an all-encompassing Q&A with Golfweek.com, shared his opinion on McIlroy, saying in part, he doesn’t believe McIlroy has “that determination and will to be the best.”

McIlroy and fellow Northern Irishman Eamon Lynch chatted, again for Golfweek.com, at length about Weiskopf’s comments, among other topics.

“I’ve never met Tom Weiskopf in my life, he’s never met me. So he’s obviously making a statement based on what he sees from the outside, but I don’t think that’s a fair assessment,” McIlroy said. “I’ve shown throughout my career that I care, that I want to win, that I want to be the best. And I’ve been the best. It’s not as if I’m out there in the clouds and not thinking about it. I try my heart out on every single shot, every single tournament that I play.

“I maybe deal better with disappointment than I used to. I saw the interview where he said he sees no frustration. Like, I don’t think that’s a bad thing. I mean, look at the Zozo. I’m breaking clubs, so there’s a bit of frustration there. Obviously, he didn’t watch that round of golf.”

I talked with Rory McIlroy about what he saw DJ doing at the Masters that he couldn’t do himself, his worst moment of 2020, and whether he’s too “soft.”
https://t.co/fXVsN0yo9A via @golfweek

McIlroy, who graded his 2020 as a “C,” said that he struggled to adapt to life on Tour without fans much slower than other players did, but that he feels he’s made the adjustment now.

Further pressed on whether he felt Weiskopf’s statements about his lack of want-to would categorize him as “soft,” McIlroy rebuked the notion.

“I don’t know if that’s soft that disappointment doesn’t hurt me as much, I think its a sign of resilience,” he said. “I don’t want to say perseverance because I don’t think you need to persevere in golf. You persevere if you have a bad illness. I think persistence and resilience. I’ve had bad weeks and bad rounds, it’s part of golf. That’s the thing people don’t understand, and I think someone like Weiskopf would because he’s lived it — we lose way more than we win.

“If you don’t get comfortable with the fact that we are going to lose more than we win, then it’s going to be a very hard and unfulfilling career. That’s why I always talk about taking the small wins.”

McIlroy chalked up his fifth-place finish at the Masters last month as one of those small wins, and took solace in the fact that he made the best out of a bad situation following his opening round while also expressing disappointment in the situation that he put himself in.

“I had a crap start at the Masters and shot myself out of it,” he said. “But leaving there Sunday night, finishing fifth and shooting three rounds in the 60s to come back, I was proud of myself for that. Obviously, I was kicking myself that I didn’t get off to the greatest start, but I made the most of the situation I was in. I don’t see that as a bad thing. If that’s the perception, that’s totally fine. I care what the people around me think and they know more about how I feel and how I want to make the most out of this career I have.”

As a capper, McIlroy made his own statement about his future, saying he believes he’s far from finished.

“I certainly don’t feel as if I’m done,” he said. “I’m 31 years old and I’ve got at least the next half of my career still to go. I don’t feel like I’m that far away. I’d be way more concerned if I’m missing cuts, but I haven’t missed a cut in over a year. Maybe with the level of golf I want to play that’s not something to shout about, but it shows it’s nearly there.”