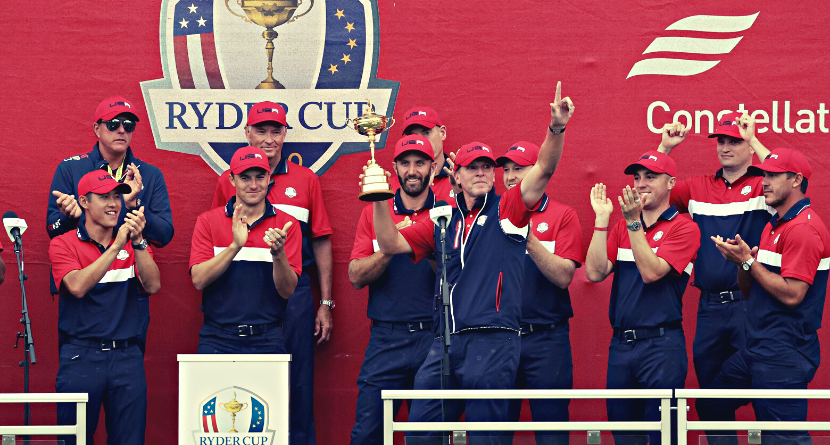 The PGA Tour and the DP World Tour just shored up their once shaky strategic alliance, but there is not yet a unified front on whether LIV Golf defectors will be eligible to play in the Ryder Cup.

Speaking at a press conference ahead of the John Deere Classic, American captain-elect Zach Johnson reaffirmed an established position.

“I’ll let you connect the dots from there.”

Meanwhile, Paul McGinley — director on the board of the European Tour Group and the man who captained the Euros to a win at Gleneagles in 2014 — indicated in an interview with Sky Sports that the committee on which he serves, in conjunction with the DP World Tour, has not yet finalized its stance.

“This is an evolving situation as we all know,” McGinley said. “During the summer period a lot of things are going to happen between now and August when the qualification period will start.

“As they say in the political world, it’s a fluid situation”

Paul McGinley & Rob Lee look ahead to the Irish Open and discuss whether LIV golf players should be allowed to take part in the Ryder Cup. ⛳ pic.twitter.com/EGcgScHzVO

The LIV Golf roster is littered with Ryder Cup heroes (and villains). Patrick Reed, Bryson DeChambeau, Dustin Johnson and Brooks Koepka are some of the notable Americans, with Phil Mickelson almost assuredly squandering his chance to captain the squad sometime in the next few years.

On the other side, Sergio Garcia, Ian Poulter, Lee Westwood, Graeme McDowell, Martin Kaymer are all seasoned veterans. Bernd Wiesberger has only appeared on one European roster.

Based on those names, it would seem the Euros stand to lose more in the form of future captains while a few of the Americans — Koepka, DeChambeau and Johnson — made significant contributions to the Americans’ rout at Whistling Straits last year. Johnson, for instance, turned in a perfect 5-0-0 record.