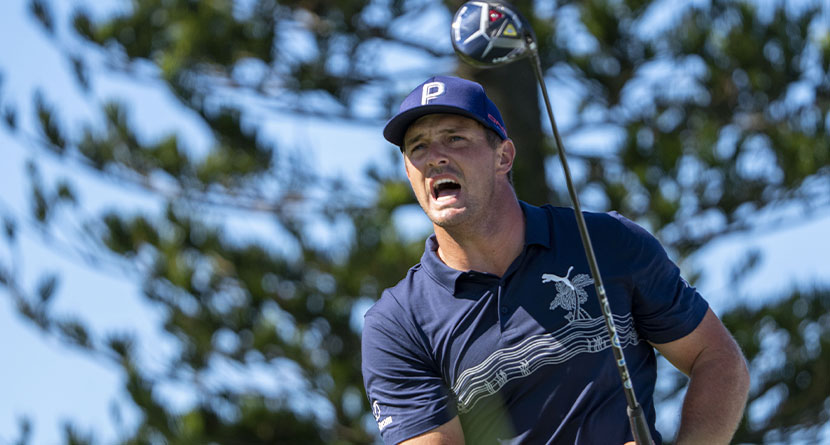 Bryson DeChambeau may be cutting down another net soon.

As the popular gag on the Shotgun Start podcast goes, any time the PGA Tour turns up at a course with a fenced-in driving range, DeChambeau attempts to bomb drives out of the confines of the range.

If he’s successful, the hosts — Brendan Porath and Andy Johnson — joke that DeChambeau cuts a piece of the net a la a March Madness basketball team to commemorate the occasion.

It’s become such a common occurrence that ahead of last year’s RBC Heritage at Habour Town Golf Links, maintenance crews scrambled to create a makeshift net extension to keep Bryson and others from peppering an abutting road, nearby houses and the eighth green.

The gauntlet has been laid down once again, this time in the form of a press release (!) for the upcoming Saudi International.

In my inbox this morning:

Saudi International organizers are erecting a boundary fence at the back of the 300-yard range in anticipation of Bryson’s arrival. Apparently he was raining drives beyond the range and onto the 12th tee last year. pic.twitter.com/1KTVT5AChv

In the release, tournament director Mike Oliver said that despite an uphill, 300-yard range, it “proved just a little short for Bryson last year, with a number of his drives peppering the tee box for the 12th hole behind the practice area.”

As a result, the Royal Greens Golf Club has erected a new boundary fence, which will “keep all the players and fans safe as Bryson warms up.”