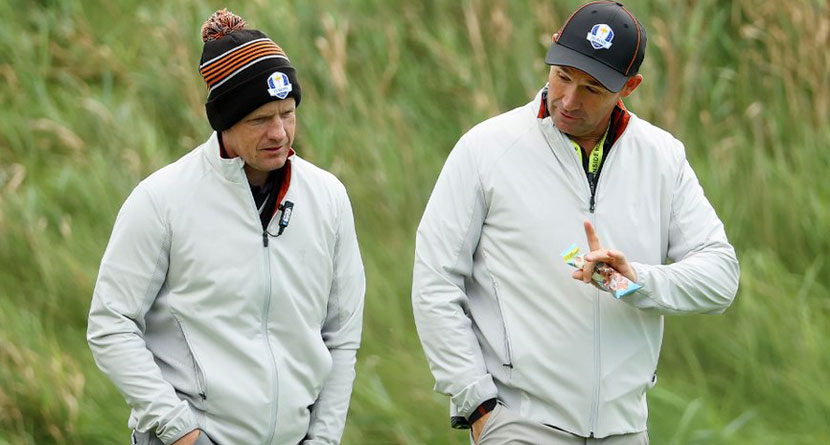 Luke Donald has an interesting group of people to thank now that he is on the fast track to being awarded the 2023 European Ryder Cup captaincy in Rome.

“I guess we should probably thank Saudi Arabia for that, maybe,” Donald said at the AT&T Pebble Beach Pro-Am.

By default, Donald appears poised to take over

“I guess I’m next in line, or a candidate,” Donald said.

Padraig Harrington, the most recent European captain, offered his endorsement of Donald last month, and Donald said he has exchanged messages with Guy Kinnings, the Ryder Cup director for Europe, but he said the DP World Tour has otherwise “kept things close to the vest.”

Luke Donald suddenly is on the fast track for Europe’s next Ryder Cup captain, bringing the experience of playing on four winning teams and twice serving as an assistant.

Time is ticking as six of the last seven European Ryder Cup captains had been announced before the end of January the year prior to the matches.

“I guess I feel like the decision would have been made a month or two ago if it wasn’t for some other circumstances,” Donald said. “Waiting around is a little awkward. Knowing me, if I was picked, I really want to get going. I want to start the process. September of next year will come pretty quickly. The more time I would have to prepare and think of things that will help the team would be better for me.”