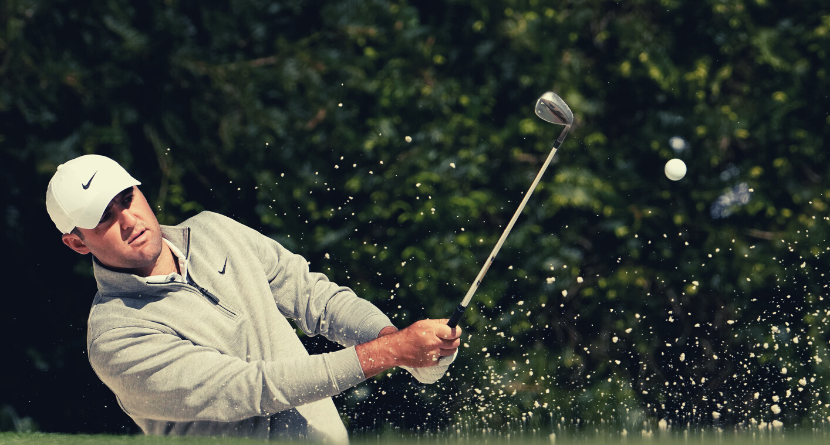 Scottie Scheffler is still getting used to having the weight of world No. 1 on his shoulders, and, in turn, the world is still trying to get to know him. That was evident on Tuesday as he fielded a series of probing questions in the Augusta National press room.

But the shoulders are a long way from the heart, and in Scheffler’s heart is a dear cause that supersedes any world ranking or major championship pursuit.

Scheffler was reunited this week with the family of childhood friend James Ragan, with whom Scheffler competed on the junior golf circuit as a teenager. Ragan died at age 20 eight years ago after a seven-year battle with a rare form of bone cancer, and a touching feature published by The Telegraph on Monday retraced his friendship with Scheffler.

Scheffler’s rise through the amateur ranks coincided with Ragan’s fight. A gifted athlete in his own right, Ragan took up golf after losing a portion of his leg. Brought together by the game they loved, the pair was inseparable, winning team events and sipping soda from trophies.

When the Ragans established a charity, Triumph Over Kids Cancer, Scheffler made it his mission to spread the word.

“It likely won’t save James’ life, but it will save many other kids,” Scheffler said. “He has a chance — not a great chance — but he’s a fighter.”

To date, Scheffler has raised over $4 million for the Ragans’ foundation and still keeps in close contact with the family.

“He’s been wonderful to us and very giving of his time for the charity,” said Mecklin, James’ sister. “Not just Scottie but his wife Meredith and his sister Callie. It’s been amazing watching his progress and I can’t wait to see him again. Yeah, he’s world No 1, but he will just be Scottie, still just the same.”