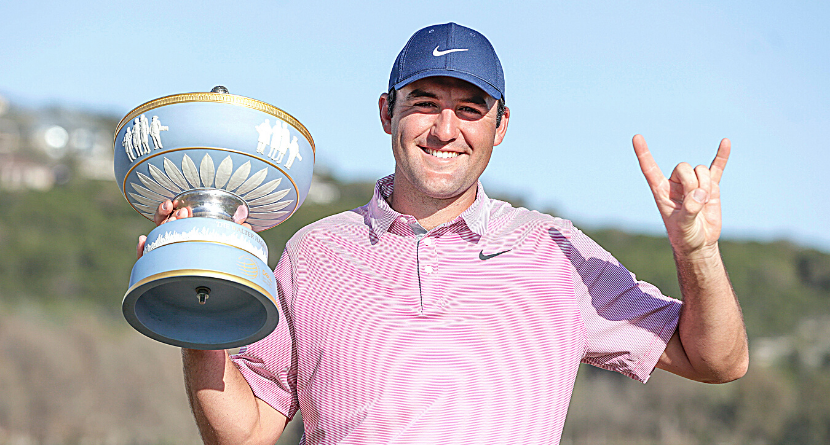 When Scottie Scheffler scored a convincing upset of Jon Rahm in Sunday singles at the Ryder Cup, it was easily dismissed. Rahm, then the No. 1 player in the world and virtually flawless through the first two days of competition, had little left in the tank after appearing in all four sessions. Scheffler, the rookie, was unburdened by expectations and able to play free and easy.

But now? It sure seems like we were witnessing the start of something truly special.

Scheffler, the 25-year-old University of Texas product playing in front of a hometown crowd at Austin Country Club, just ascended to No. 1 in the Official World Golf Ranking by besting Kevin Kisner, 4-and-3, in the finals of the WGC-Dell Match Play on Sunday.

After going winless through his first 70 starts on the PGA Tour, Scheffler, who captured rookie of the year honors in 2020, has won three times in his last five outings to skyrocket up the rankings and knock Rahm from his perch at the top.

An emotional Scheffler seemed as shocked as us in a post-match interview. And yet, this has felt like an inevitability to anybody who’s been paying close attention to the Tour’s winter menu of Augusta appetizers.

How did we get here?

Scheffler’s resume over the past 12 months — and in particular the start of the 2022 season — is astounding. Here’s a rundown: