Tour Pro Fires Back At Hecklers Over Missed Cut 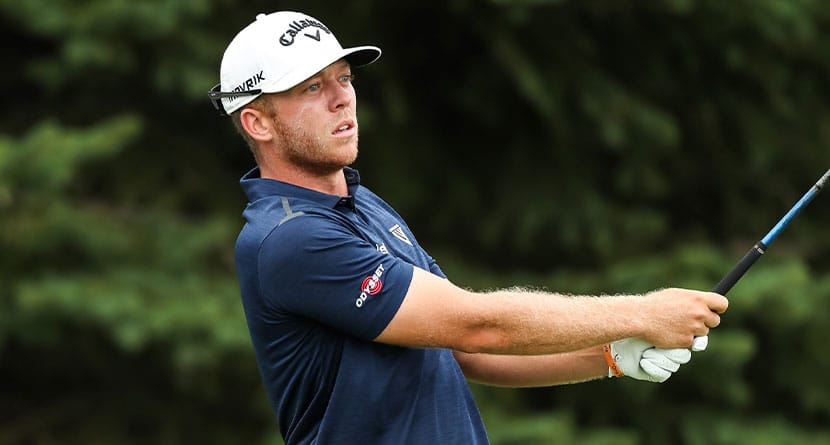 With the rise of daily fantasy sports and the increased emphasis the PGA Tour is putting on gambling, including its not-so-subtle integration into its telecasts, players and fans have begun to butt heads in a way they hadn’t previously.

Given golf’s traditional and gentlemanly roots, it’s uncommon to hear about heckling or general bellyaching as it pertains to golfers letting fans down, however the collision of DFS/gambling and social media has given rise to more of these clashes in recent years.

While players are usually pretty hesitant to clap back at gamblers who lost money by rostering them on their fantasy sports lineups, PGA Tour pro Talor Gooch felt the need to bring to light some of the critiques he was getting after missing the cut this weekend at the Valspar Championship.

It all started with Twitter user @VinkolaJokic chirping at Gooch as he went on to miss the cut on Friday and Gooch asking if there was a wager made.

And then a challenge came from “vincognito.”

Gooch, who seemed to enter the fray as a good sport willing to Venmo the gambler his gambling fee for the poor performance, changed course when the trash talk continued.

I was gonna get your Venmo and shoot you whatever $$ I lost you but hey this works better. For me. Just name the time and place and I’ll be there 👍🏼 https://t.co/XmelhE8bQg

What ensued was a continued back-and-forth that fizzled when vincognito apparently went to sleep.

😂😂 1. S/o to you spelling my name correctly(does this means I’ve made it????)
2. You trying to get some side action?? Just remember I’ve made and missed putts for more than this dude claims he has… it’s all fun and games til commas get involved. https://t.co/HowFMic9L6

While vincognito slept, Gooch kept firing, engaging with his fans and even paying out some via Venmo for costing them money.

Look at the homie Chris paying it forward. First one to do this. If you see this, hit me up. My first trip to Augusta, signed flag coming your way. Bogeys coming for the rest of you greedy savages. Especially the ones that just venmo me without proving they bet on me 😂 pic.twitter.com/gizRRxZD8A

And when accused of interacting for the Player Impact Program, Gooch responded in a very self-aware way noting that he knows he’s nowhere near the top 8-10 players on Tour in terms of who will earn the bonus pool.

Those that think I’m doing this for PIP
1. Tiger deserves it all
2. Golf has blessed me, and fans are the reason so it’s fun to interact and reciprocate.
3. Y’all really think anyone outside like top20 OWGR (other than Max) have a shot at any $$…it’s the tour, let’s keep it💯🤷🏼‍♂️ https://t.co/FQNbCjTknE

All in all, espite the missed cut, the weekend went pretty well for Talor Gooch.