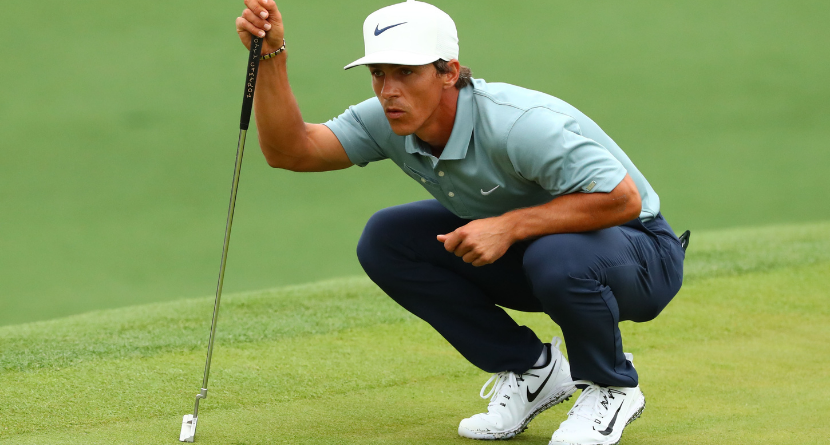 Danish professional golfer Thorbjorn Olesen on Wednesday was cleared by a London court of sexually assaulting a woman on a 2019 British Airways flight following the WGC-FedEx St. Jude Invitational, according to multiple reports.

Olesen, 31, openly wept as the verdict — which also acquitted him on charges of assault by beating and being drunk on an aircraft — was read. He had been suspended by the European Tour when charges were brought in August 2019 alleging Olesen grabbed a woman’s breast, pushed a crew member and urinated in the first-class cabin.

Danish golfer @Thorbjornolesen leaves court a free man tonight after being cleared of charges of sexual assault, assault by beating and being drunk on an aircraft back from the @FedExChamp in July 2019.

He claimed sleeping pills turned him into an “automaton.” pic.twitter.com/n18zSl43MA

The five-time European Tour winner has maintained he has no recollection of his actions and that they were completely involuntary, the result of consuming a large quantity of alcohol and prescription sleeping pills prior to takeoff. Witness accounts introduced to the jury alleged Olesen drank beer, wine, champagne and vodka, ran about the cabin “like a little boy,” trapped himself inside the restroom and verbally abused crew members.

Fellow tour pro Ian Poulter was also aboard the flight and aided the crew in trying to calm Olesen, but it was after Poulter fell asleep when Olesen “nuzzled” a woman’s neck before groping her. He later relieved himself on the back of a passenger’s seat.

“I do not remember anything that happened after takeoff, but I am embarrassed and ashamed by the account of my actions that was outlined during the trial,” Olesen said in a statement. “I have paid a very heavy price for my mistake. This case has had a devastating impact on me personally, on my family, and on my career.”

“My behavior was completely out of character and nothing like this has ever happened to me before or since,” he added. “My actions resulted from taking powerful sleeping pills I had not taken before and my sole intent was to ensure I managed to sleep on a transatlantic flight after an exhausting playing schedule.”

Olesen has 12 professional wins, including the 2018 Italian Open. His 5-and-4 victory over Jordan Spieth in Sunday singles helped the Euros capture the 2018 Ryder Cup at Le Golf National in Paris. Suspended for much of the past two European Tour seasons amid the legal proceedings, Olesen has dropped to No. 432 in the Offical World Golf Ranking, down from No. 62 at the time of the incident.