Three Shots At The Green: Best Bets For The Tour Championship 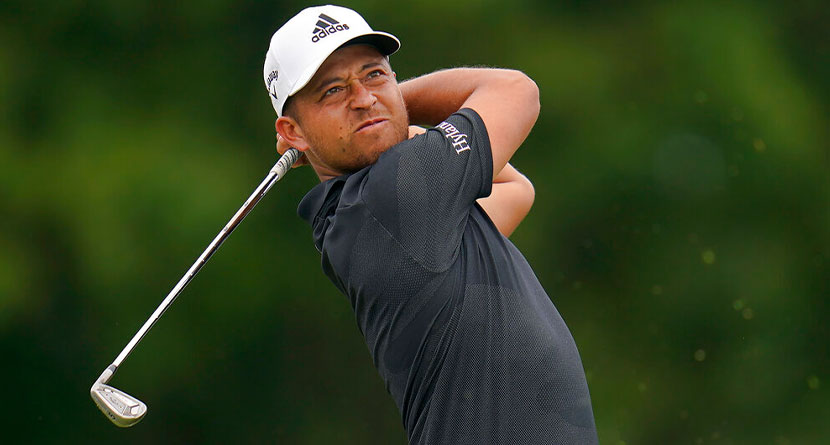 Welcome to the Tour Championship, the weirdest betting week of the year in pro golf.

The top 29 players in the FedEx Cup standings arrived in Atlanta this week for the 2021-22 season finale. One fortunate golfer will earn $18 million for their efforts, and for the fourth year, staggered scoring is the story.

Scottie Scheffler (-10) holds a two-shot lead over 2021 champion Patrick Cantlay entering the week. With Will Zalatoris’ withdrawal due to herniated discs in his back, Xander Schauffele (-6) is the only other golfer within four shots. We’ve seen Justin Thomas rally from seven shots down in the final round to win the PGA Championship this year, so it’s doable.

There are two sets of odds available this week. Most sportsbooks are offering a market based on the player’s starting score. A few others are offering an outright market to identify who will shoot the lowest 72-hole score.

East Lake is a venerable test from tee to green, measuring 7,340 yards at a par-70. Thick Bermuda rough, slick Bermuda greens and narrow Zoysia fairways test players in every area of their game.

Rory McIlroy started the week at 5-under in 2019, but shot 13-under for the four rounds and won by four shots. The last two years, the FedEx Cup leader entering the week (Dustin Johnson and Patrick Cantlay, respectively) held off the competition and claimed the Tour’s biggest prize.

In a 29-man field, it’s worth taking a shot in the outright market and Schauffele, a three-time winner this year, can make this a career-defining season with four good rounds.

He has a strong record at East Lake, leading the field in scoring over 24 rounds and gained 5.6 shots on approach in a T-3 at Wilmington CC last week.

The former LSU star has also enjoyed a breakout season, winning three times with two of the victories (Sanderson Farms and Valspar) coming on Bermuda greens. He gained nearly five shots putting last year at East Lake and has played his best golf in the Southeast throughout his young career.

About 10 weeks ago, Poston was fighting for a spot in the FedEx Cup playoffs and now he has his first tee time at East Lake thanks to a runner-up at the Travelers and winning the John Deere Classic.

He starts the week only one shot out of the top-20 and his recent results (11-21-20-35 in his last four starts) reveal he’s still in form. The western North Carolina native & Atlanta Braves fan should have a large following, good vibes in Georgia and climb the board this week.

It was a rough weekend at Wilmington CC. Justin Thomas, one of the game’s best approach players, had his worst week in that area in two months, and never contended for the Top-10 (+145).

Cameron Young drove the ball well and his short game was sharp but his iron play was also poor. He finished tied for 23rd, missing out on the Top-10 (+225) we envisioned. And our final pick, Cam Davis, suffered a miserable stretch on the back nine of the third round and missed the Top-20 (+175) by four shots.