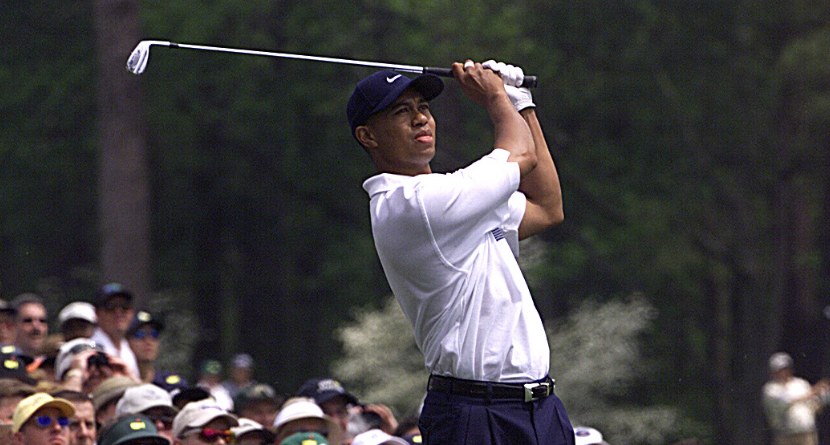 The golf clubs Tiger Woods used when he was at his absolute zenith are officially off the collector’s market — and the price tag was suitably huge.

Golden Age Auctions recently presided over the record-smashing $5.15 million sale of a set of Titleist irons verified by the company to have been used by Woods when he held all four major championships at once in the spring of 2001 after winning his second Masters at age 25.

The clubs had been purchased from the same auction house by Texas businessman Todd Brock 13 years ago for the relatively economical sum of $57,242. A shift in the popularity of golf items within the larger sports memorabilia landscape, combined with the concerted effort Golden Age made to get the word out, added up to a record-breaking haul.

Golden Age owner Ryan Carey had previously predicted the set — which is comprised of Titleist 681-T irons and Vokey wedges — would become the first golf collectible to fetch seven figures. The auction house once sold a Scotty Cameron putter that belonged to Woods for around $400,000.

The previous record price for a piece of golf memorabilia was the $682,000 a collector paid Golden Age in 2013 for a green jacket worn by two-time Masters champion Horton Smith.

“Collectors have been overlooking golf collectibles for years,” Golden Age Auctions owner Ryan Carey told the Action Network. “Not anymore. The golf collecting hobby took a big leap forward tonight. Tiger Woods memorabilia deserves its spot next to the other GOATs like Jordan, Brady and Mantle. Now, it finally got there.”