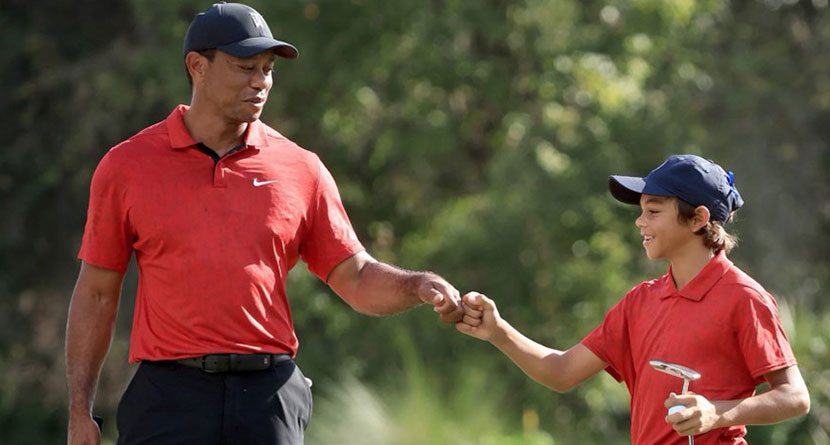 For the past 25 years, the conversation surrounding Tiger Woods as a broadcast viewership driver has evolved from “Tiger moves the needle” to “Tiger is the needle.”

While Woods has been out of the spotlight for the majority of the year recovering from his February car accident, his return, coupled with his son’s involvement, provided the highest PNC Championship ratings in over 20 years.

The audience peaked at 3.2 million viewers as the Woodses and Dalys played the final few holes at the Ritz-Carlton Golf Club in Orlando.

Golf Channel delivered its two largest audiences ever for the PNC Championship, with Saturday’s coverage posting an event-record TAD of 949,000 viewers, which more than doubled the prior record (430,000 for Sunday coverage in 2020).

PNC Championship did gangbuster numbers for NBC/GC: up 53% from last year, highest rating since 2000 and the audience peaked at 3.2 million viewers from 3:30pm-3:45pm ET on Sunday. 💪

Those are some gaudy numbers and impressive marketing speak, but what do they mean and how do they compare to other events? Going up against a sports-heavy weekend of college basketball, college football bowl games and a little upstart circuit called the National Football League, the PNC Championship was on par with the Farmers Insurance Open or the Waste Management Phoenix Open, which, according to Golf.com, delivers audiences in the 2-3 million viewership range.

That’s not to boo-hoo the PNC Championship. It’s a mid-December hit-and-giggle, as Tiger calls it, during a spot in the sports calendar that has very few casual golf fans popping over to Golf Channel to see what’s on.

The bottom line is this: Tiger Woods still moves the needle, but Charlie Woods may be the new needle.