Tiger Woods’ Daughter Sam To Introduce Him At Hall Of Fame 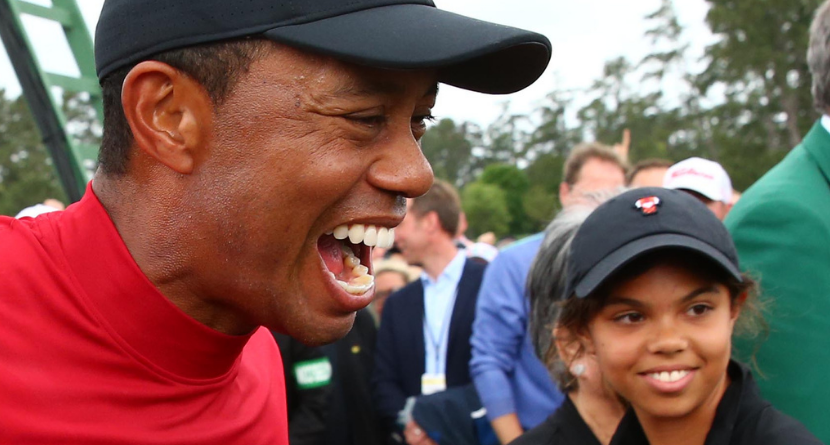 When Tiger Woods was greeted by his family behind the 18th green after winning the 2019 Masters, he wrapped his daughter Sam in an embrace designed to shield her from the spotlight. The Woods children have grown up in the glare of global superstardom, and so far it’s been the younger Charlie who has appeared more comfortable with it.

Sam Woods, 14, is slated to introduce her dad when he’s inducted into the World Golf Hall of Fame on Wednesday, per a release from the organization.

For the first time since 2013, the induction ceremony is happening the same week as the Players Championship, which is being played just down the road from the Hall at TPC Sawgrass. The star-studded event will be hosted by wry NBC analyst David Feherty and broadcast on the Golf Channel at 7 p.m.