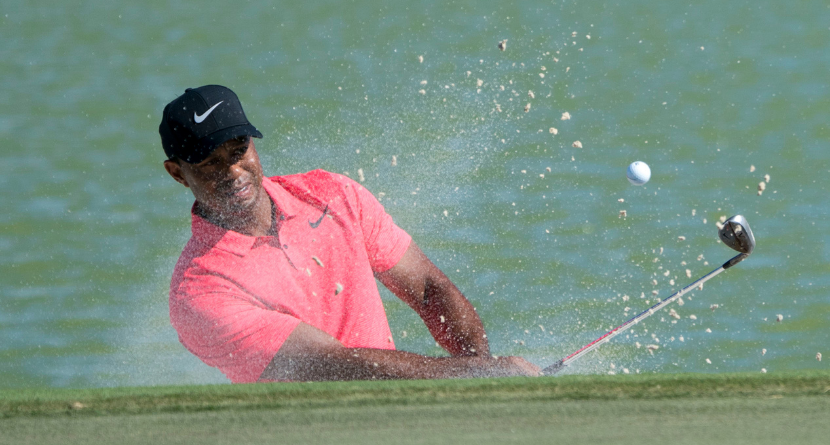 He’s not playing this week. We don’t know when (or if) he can be reasonably expected to compete again on the PGA Tour. But alas, the friendly environs of the Hero World Championship are once again positioned as Ground Zero for its host’s latest comeback bid.

Tiger Woods acknowledged this week that his days of swatting away seemingly impossible odds to summit Mount Everest are more than likely behind him. The litany of back and knee surgeries that required Woods to become so practiced at rebuilding his game does not compare to what he faces now, less than a year removed from a horrific car crash that nearly cost him his right leg.

No, Woods isn’t merely back at base camp. He’s in the Mariana Trench, as Golf Channel host Brandel Chamblee put it — with a gleam in his eye — in the aftermath of Tuesday’s must-see press conference. But whether or not competitive golf is in the offing, picturesque Albany Golf Course — home to the event since 2015 — is a fitting locale for Woods’ re-entry.

Owing to its place on the calendar, its relatively low stakes and the longstanding partnership with the Tiger Woods Foundation, the Hero has been the site of some memorable Tiger resets. It’s a venue where we’ve seen Woods recapture the magic and also look unfathomably mortal. Here’s a sampling of those mixed results:

In its various incarnations Woods has won the event five times, most recently in 2011 — a critical victory both for the chapter it closed and the new one it opened. With new caddie Joe LaCava on the bag, Woods birdied the 71st and 72nd hole to nip 54-hole leader Zach Johnson by a stroke.

It ended a string of 27 starts without a win dating back to November 2009, when his serial infidelity derailed his pursuit of the sport’s most hallowed records. Woods would collect eight more wins between 2012 and 2013, reclaiming his familiar perch atop the Official World Golf Ranking.

In age, if not results, Johnson is among Woods’ closest contemporaries on the PGA Tour. Born a few months apart, the pair have had their share of Sunday encounters. But none more dramatic than a final-round duel in the last edition of the tournament staged at Sherwood Country Club, which saw Johnson rally from four shots back with eight holes to play and hole-out from a drop area on the 72nd hole to force a playoff.

When Woods’ short par putt lipped out on the first bonus hole, Johnson could add his name to the short list of players who have caught Tiger while draped in Sunday red.

It’s easy to forget now, with Woods having added another green jacket to his collection in 2019, but there was a brief yet mystifying period from the end of 2014 through the early months of 2015 when jilted former coaches were publicly wondering if Woods’ chipping yips were cause for skipping the Masters.

Perhaps the lowest moment came at the 2014 Hero, amid an injury-ravaged stretch in which Woods withdrew from multiple events. The footage below is so stunningly familiar to the average golfer that it still defies logic.

Woods’ appearance in the 2016 Hero ended a 15-month hiatus — one of his longest prolonged absences from Tour play — stemming from back surgery. It included his lowest round in three years (65) as well as a final-round 76 that knocked him well out of contention.

The best summation of his seesaw stay in the Bahamas comes in the form of the two statistical categories in which he led the field that week:

Woods joked in Tuesday’s press conference that if nothing else, the Hero’s elite fields are of great use to a player with stagnant OWGR points, and that was never more true than in 2017. After another long back surgery layoff — this one clocking in at 301 days — Woods was once again done in by a one-day blowup.

Still, despite shooting 75 on Saturday, he bounced back with a final-round 68 to finish ninth and move from 1,199th to 668th in the ranking — by far the largest leap in his career.