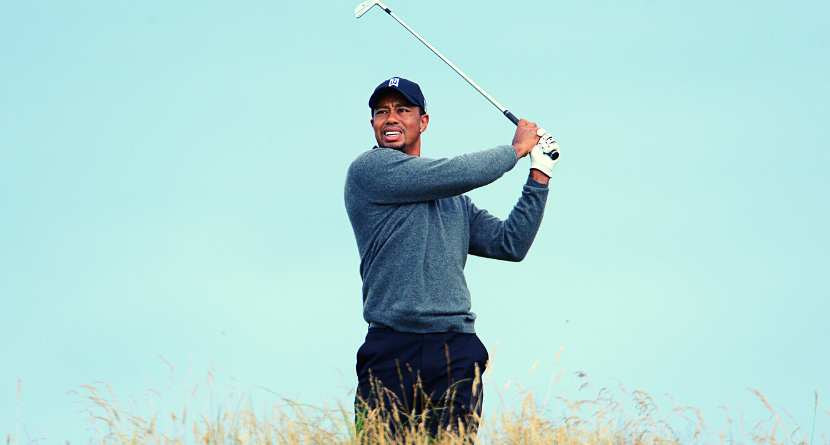 Tiger Woods once again proved he can roll out of bed and make the cut at the Masters, but it never hurts to recalibrate your sleep cycle ahead of the Open Championship.

Woods, who didn’t waste a minute before making his Open Championship intentions known, was announced Wednesday as a participant in the JP McManus Pro-Am at Adare Manor in Limerick, Ireland on July 4-5 — 10 days before the golf’s oldest championship returns to the Old Course.

This will mark the fourth appearance for Woods in the two-day event, which hasn’t been staged since 2010. The venue, which was renovated in 2017, is slated to host the 2027 Ryder Cup matches.

We are over the moon to announce that Tiger Woods will be playing in the 2022 JP McManus Pro-Am. 🙌

“Tiger has been a great friend and avid supporter of the Pro-Am for a very long time, and we are absolutely thrilled he has committed to play once again in the tournament,” tournament host JP McManus, the Irish businessman and racehorse owner, said in a statement. “His presence at Adare Manor will undoubtedly bring huge excitement to the thousands of spectators, and we are very grateful to him for giving up his free time to be with us.”

In a postround interview on Sunday at the Masters, Woods spilled some details about his summer schedule.

“It’ll be just the big events,” Woods told Sky Sports. “I don’t know if it’ll be [the PGA Championship at] Southern Hills or not. But I am looking forward to St. Andrews. That is something that is near and dear to my heart. I’ve won two Opens there, it’s the home of golf. It’s my favorite golf course in the world, so I will be there for that one.”