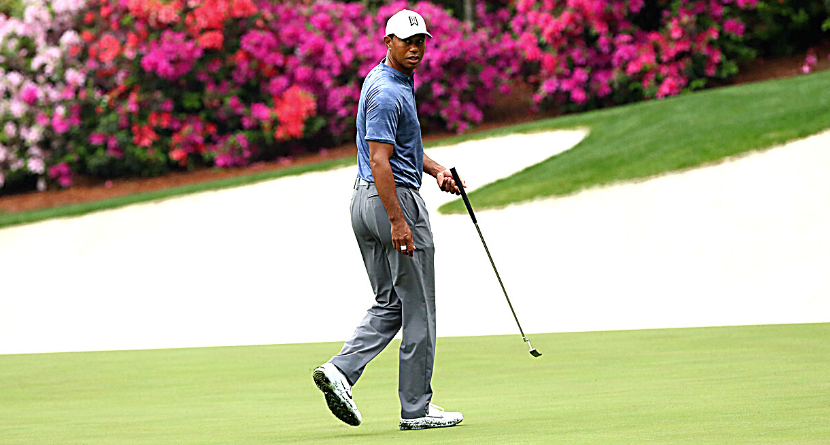 It appears the hype and the hints and the breathless speculation were not unfounded: Tiger Woods arrived at Augusta National on Tuesday to test the waters for a stunning return at the Masters.

Headlines from every major golf outlet confirmed Woods’ presence at the club after much of the morning saw the Golf Twitterverse connecting the dots — literally and figuratively — of a certain private jet’s flight path to the nearest airport.

This is golf’s version of the NORAD Santa tracker pic.twitter.com/oT2ssxlGpf


Then, according to an ESPN report, Woods played an 18-hole practice round alongside his 12-year-old son Charlie and fellow Jupiter Island resident (and PNC Championship rival) Justin Thomas.

Per an anonymous source, Woods “looked good” walking the hilly venue where he captured his fifth green jacket in 2019. But now comes the hard part: awaiting word on whether the 15-time major champion feels good enough to return to PGA Tour competition on a reconstructed right leg a little more than a year after his rollover crash.

Woods is not beholden to the standard Tour deadline of 5 p.m. the Friday before an event, so a decision could drag into next week.

A tip of the cap to Tour veteran Kevin Streelman, who put his own twist on Tigermania Tuesday morning as the golf world eagerly awaited his arrival in San Antonio for the Valero Texas Open.

“Just in case anyone wants to #track my flight to ⁦@TPCSanAntonio today…,” Streelman tweeted.