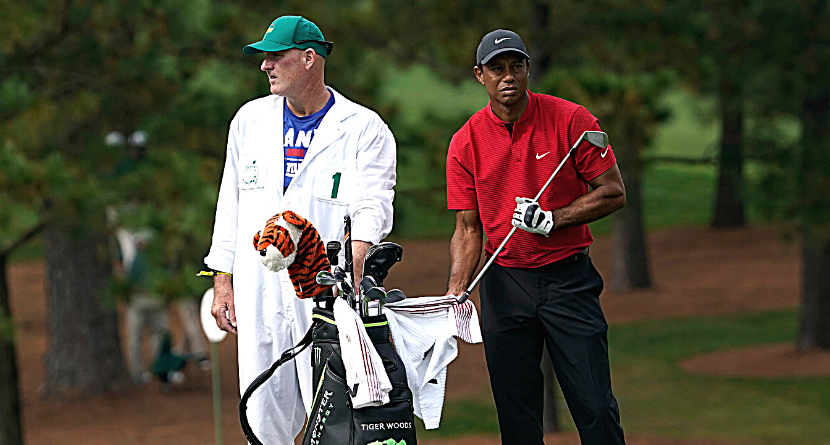 If you’re not into this whole “Tiger Woods makes a triumphant return at the Masters” idea, get ready for a tiresome week.

With less than two weeks to go, the Tiger tracking — amateur or otherwise — is at a fever pitch. Sunday brought us some (probably illicitly obtained) footage of Woods purportedly playing a round at Medalist, his home course in Jupiter, along with a short, speculative quote from an analyst suggesting that all systems are go for at least trying to get Augusta-ready in the coming days.

Here’s the Tiger Woods video that was deleted pic.twitter.com/zfi4LOn7U2

We already know Woods’ name is officially still in the mix, so until that changes, imaginations are bound to run wild. But there’s a growing sense that there’s a better than zero chance Woods will actually appear at the venue where he won five of his 15 majors championships — and that’s astonishing given the events of the past 14 months.

Let’s just pause for a moment to appreciate how insane it is that there is non-crazy talk about Tiger playing in the Masters. Truly, truly remarkable.

Surely just attacking rehab every single day. The man doesn’t know how to do anything halfway.

The Fried Egg got the rumor mill churning on Sunday with a report on Twitter that Woods had been spotted at Medalist, along with caddie Joey LaCava, and that seemed to be corroborated by a now-deleted video that also made the rounds on the social media app.

Have heard from multiple people in South Florida that Tiger Woods has been out walking Medalist multiple times this week. Joey was also in town to walk.

Additionally, golf analyst Ewan Murray caused a stir when he said on Sky Sports that he strongly suspected Woods will play the Masters.

Buckle up, folks. Clearly there’s some smoke. In due time, we’ll know if there’s fire.