Tiger Woods Is Still Listed In The Masters Field — For Now 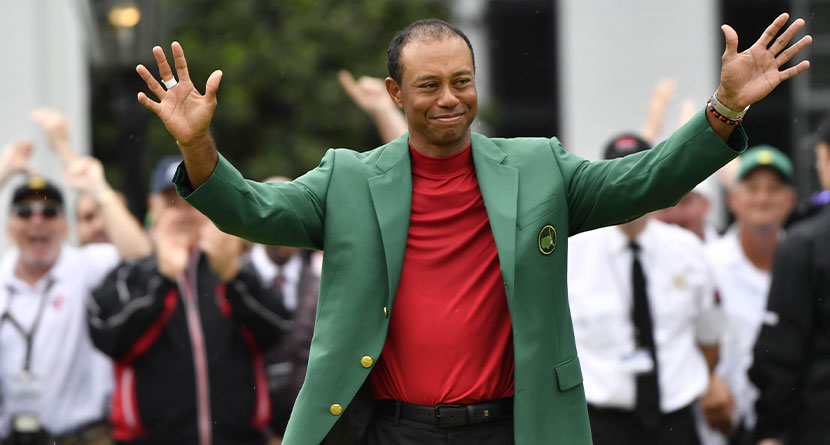 Who else does this to us? Who else gets us to read tea leaves and gobble up breadcrumbs and parse little clerical details for hidden meaning like Tiger Woods?

Yes, that’s the grip Woods still has on the golf world, the latest evidence for which is the small matter of his Masters playing status.

Woods, unlike rival Phil Mickelson, is not listed among the “past champions not playing.” A photo of him resplendent in Sunday red still graces the 2022 Players section of the tournament website. And then there’s this from AP golf scribe Doug Ferguson:

“A spokesman for Woods said last week it was too soon to make an announcement,” Ferguson wrote in a footnote to a March 21 story that focused on Mickelson’s absence.

Nothing to see here. https://t.co/Y9isuJs4s9

Forget for a second that we’ve received nary a hint from Woods that he’s up to the challenge of navigating the hilly environs of Augusta National Golf Club barely a year removed from his rollover crash. In fact, in his last recorded comments on the subject, he seemed to indicate his recovery had stalled. Another anonymous source with supposedly close ties told People Magazine he was indeed eyeing a Masters comeback — in 2023.

Historically speaking, Woods has been late to remove his name from the field before events when all evidence pointed to an obvious WD. He’s also been a surprise entrant at the last minute.

Consciously or not, he’s a master at toying with our expectations — it’s a tradition unlike any other.