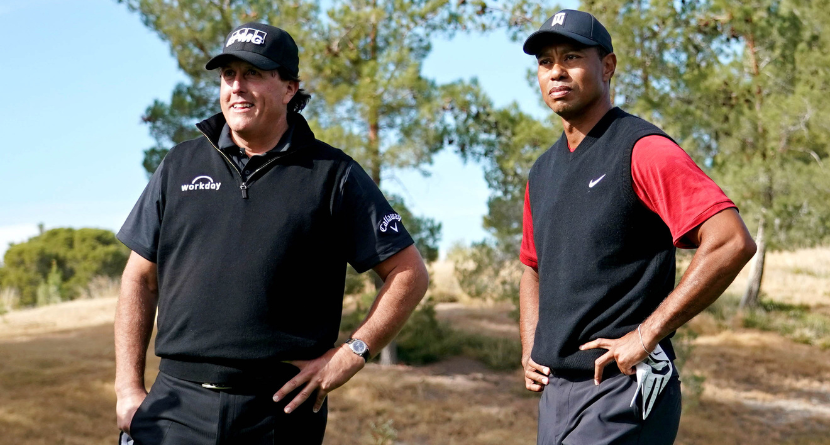 Professional golf is brimming with young, marketable talent, but there are still two names that move the needle into overdrive: Tiger Woods and Phil Mickelson.

And so you can expect an even grander stage, with an even wider audience, when the season’s second major, the PGA Championship, kicks off at Southern Hills on May 19, as both Mickelson and Woods were included in the list of 155 participants announced on Monday afternoon.

Woods, 46, won the PGA in 1999, 2000, 2006 and 2007, the last of those victories coming at this year’s venue. For his part, Mickelson is the reigning champ, his second title coming 15 years after his first and distinguishing him as the sport’s oldest major champion at 50 years of age.

But as is their wont, both players carry drama with them into the searing Tulsa heat — albeit drama of a distinctly different sort. Woods is making his second major start after nearly losing his right leg in a violent rollover crash in February 2021 while Mickelson — if he does indeed follow through with his title defense — will be ending a long layoff stemming from a series of controversial statements on the topic of Greg Norman’s Saudi-backed breakaway tour.

Lefty’s ongoing entanglement with the upcoming LIV Golf Series had cast doubt on whether he would defend his crown at the PGA. But he has been in contact with PGA of America CEO Seth Waugh, according to multiple reports that surfaced over the weekend.

Mickelson, 51, has been inactive since Feb. 6, when he finished 17th in the Saudi International.

The field includes 34 additional major champions. Other headliners include world No. 1 and reigning Masters champ Scottie Scheffler, who has repeatedly professed his love for the course, as well as Jordan Spieth, Rory McIlroy, Dustin Johnson and Justin Thomas.