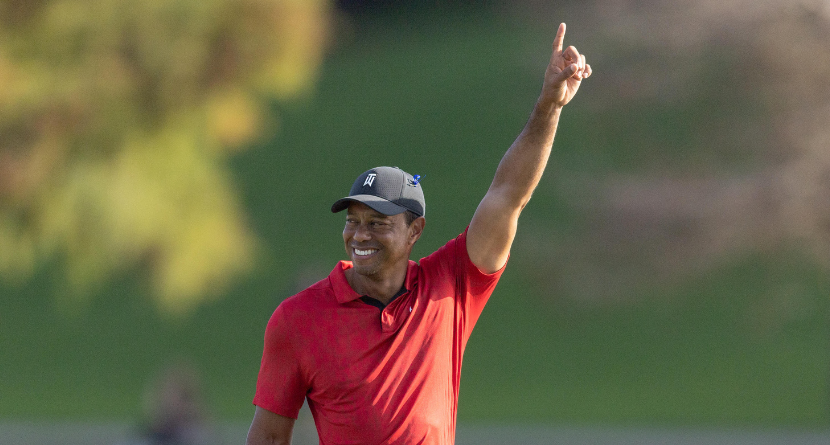 Last Wednesday was a time for reflecting on Tiger Woods’ brilliant career rather than speculating about a potential postscript. And an exclusive sitdown with NBC’s Mike Tirico that aired during Sunday’s Players Championship coverage examined many of the same themes that made Woods’ Hall of Fame speech such a rare window into his vulnerable side.

“I’m a kid from Southern California that didn’t have a whole lot,” Woods said. “I had two amazing parents, whether I failed or succeeded I would always come back to a home of love.”

The 15-minute chat, which was recorded the night Woods was enshrined in the World Golf Hall of Fame at PGA Tour Headquarters in Ponte Vedra Beach, Fla., touched on everything from the 15-time major champion’s relationship with his parents to his own experiences as a dad to his legendary cut streak and all the rest of his legacy-defining achievements.

Notably, Tirico did not press Woods for an update on his playing status. The outlook is presumably similar to what we heard at the Genesis Invitational in February, when Woods said he would play on the Tour again but expressed frustration about the pace of his recovery. Here are some highlights from Sunday’s interview: