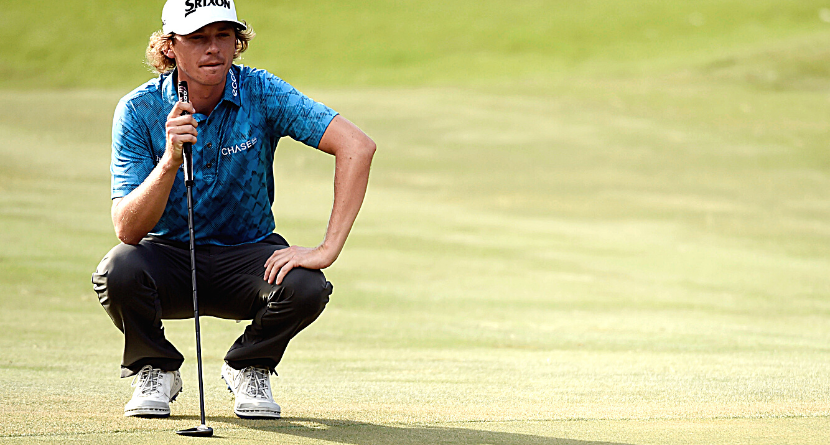 If there’s such a thing as a metaphorical golf shot, this was it: Willy Wilcox was under a tree and his options were limited. He decided to take what the lie was giving him, punching a 5-iron toward a pin nearly 200 yards away. The ball got started on a good line and kept on rolling until it was at the bottom of the cup, and here was Wilcox, celebrating a mini tour win in Panama City, Fla., with an exceedingly rare feat: the first albatross of his career.

The path the ball took mirrors Wilcox’s journey. The 35-year-old is trying to reclaim his professional career after bottoming out eight months ago, his 20-year battle with drug addiction bringing a premature end to a Korn Ferry Tour appearance.

Now, two months after checking into a treatment facility, the player whose potential seemed limitless when he was recording a hole-in-one on No. 17 at TPC Sawgrass during the 2016 Players Championship can call himself a winner again — with an important caveat.

“Just holding a big check again means the world to me,” Wilcox told the Fire Pit Collective, “and doing it sober means even more.”

The event — a stop on the tiny, Southeast-based Emerald Coast Golf Tour — earned Wilcox a check for $4000. His stunning finishing flourish was preceded by birdies at the 15th and 16th holes at Holiday Golf Club, where he posted rounds of 67 and 68, respectively, in the two-day event.

Wilcox’s last professional win came at the 2013 South Georgia Classic. He’s also one of a handful of players to record a round of 59 on the circuit. His last PGA Tour start came in 2017.