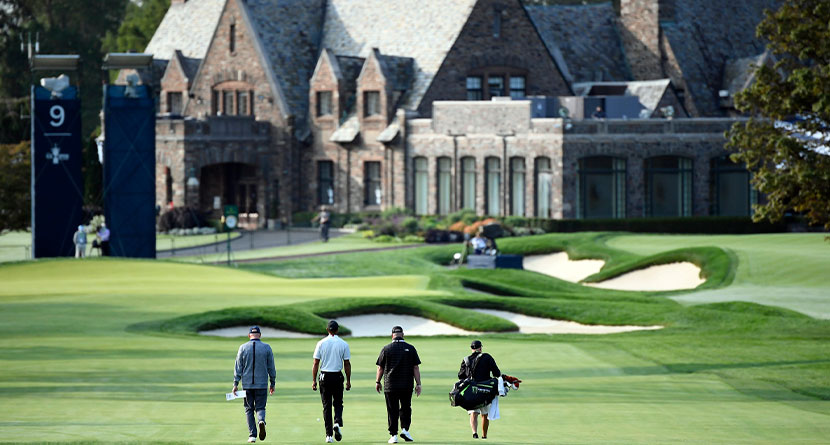 First, I have to boast that my prediction on the number of 3-putts per round exceeding 1.0 for the field was correct! I don’t often get to say that. It was by a hair, but 1.05 3-putts / round was the number. 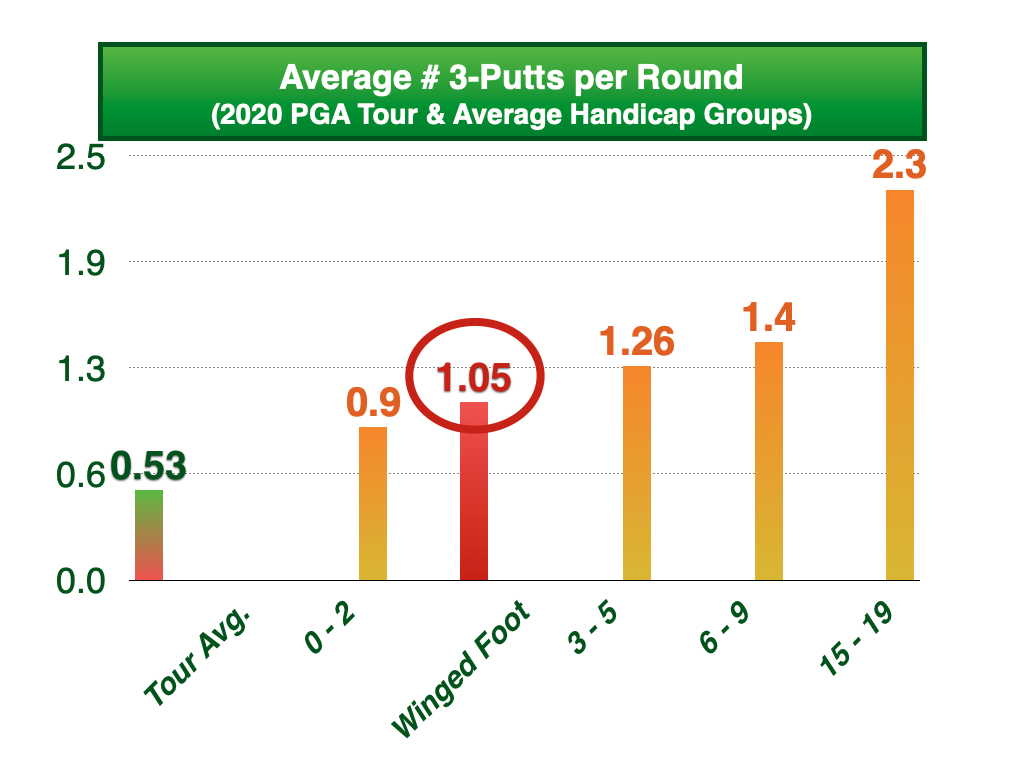 Notice on the graph above that the ShotByShot.com database has the 3-to-5-handicap group at 1.26 3-putts per round. This would put the Winged Foot field at about a 3-handicap in putting.

This intrigued me and I decided to check some other stats to see how the Winged Foot field matched up.

Bottom line, in the four key stats below, I submit that the field that would normally average +4 or +5, was “dumbed down” nine or ten shots to a 5-handicap. 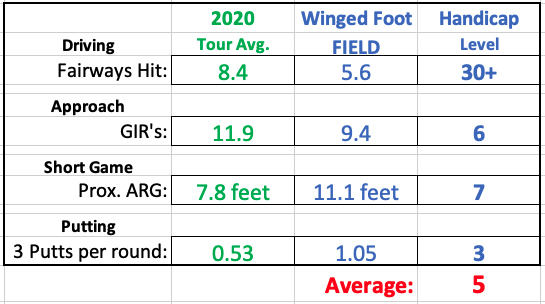 As a focus group of one, I have had the treat of playing Winged Foot many times, and found that it puts a similar strain on my single-digit handicap.