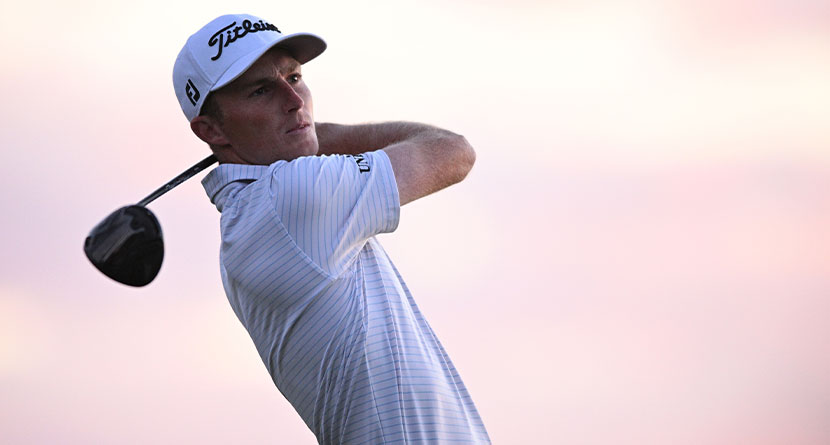 Will Zalatoris has proven himself to be one of the best golfers on the planet over the past three years, so when you see someone like him simply tack on 12 more yards of distance without undergoing a Bryson DeChambeau-like transformation, he grabs our attention.

At 6-foot-2 and (an alleged) 175 lbs, Zalatoris averaged 307 yards off the tee on the PGA Tour in 2021, which was 23rd on the circuit. Fast-forward a few months, bored over the holidays, Zalatoris showed up in 2022 looking very similar physically, but with the ability to bust driver an extra 10-15 yards seemingly effortlessly thanks to two subtle changes.

Since the equipment and body changes, Zalatoris has posted a T6 finish at the American Express and a solo second-place finish at the Farmers Insurance Open.


“What I saw at home was another 12 yards of carry without doing anything, not trying to smash it. Just being normal,” Zalatoris told PGATour.com’s Sean Martin. “That’s something that is going to be huge out here. There’s multiple courses where that extra 12 yards of carry will allow me to hit it over bunkers I was hitting into last year. It’s a no-brainer.”

In the statistical department, Zalatoris is up to 20th in driving distance and 14th in Strokes Gained: Off the Tee. Now, if Zalatoris can unlock the secret sauce behind putting, he’ll really be on to something.

Your Game: Previously, we’ve considered the benefits of a shorter driver, and clearly that is something Zalatoris saw upside in as he put a 44.5-inch driver into the play for the past few years. However, if there’s something to be gleaned from his distance gain it’s that oftentimes standing still is going backwards.

Even if you’re not in the market for a new driver, a proper fitting can prove beneficial so that you understand what kind of technology and adjustments are available. Whether you’re at the top end of the driver length or someone who has dialed things back in order to hit more fairways, the sheer volume of options available in the marketplace are worth looking into if you’re on a quest to get better.