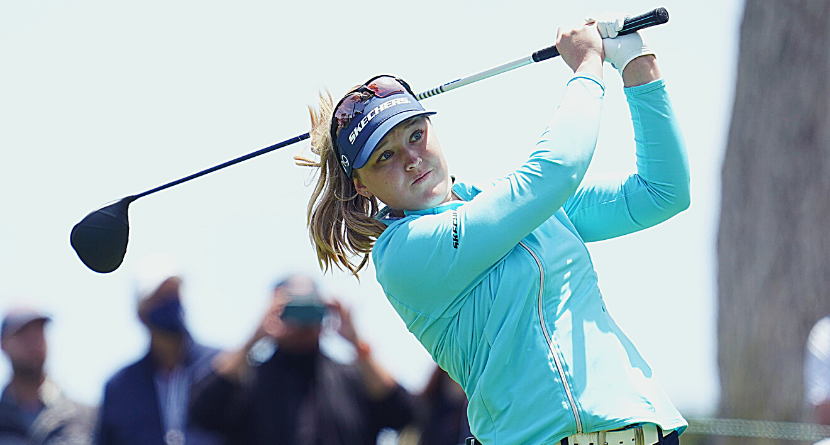 The first shoe to drop in the joint effort by golf’s governing bodies to dial back distance across all levels of the sport was a rule change that capped the maximum allowable driver length at 46 inches. (The rule also gave us our first inclination that Phil Mickelson was a disgruntled PGA Tour employee, but that’s another story.)

Canadian-born LPGA pro Brooke Henderson, No. 10 in the Rolex World Rankings, held onto her 48-inch driver for as long as she could. But this week marks the first time she’ll put a 46-inch driver in competition — and it also happens to be the week the season’s first major, the Chevron Championship, makes its final stop at Mission Hills Country Club.

Unlike Mickelson, Henderson — who at 24 has already collected 10 LPGA Tour victories, including the 2016 Women’s PGA Championship — is embracing the challenge.

“I’m going to miss [the longer driver], but definitely excited moving forward,” Henderson said Wednesday. “I feel like I have a solid driver in the bag, and hopefully it’ll do the job.”

It should be noted that Henderson always choked down considerably on the grip of her 48-inch driver. After months of testing potential replacements, she chose a Ping driver with the same shaft and clubhead as her old model. She modified it by adding weight to the grip and she no longer chokes down on it, but the early returns suggest a slight loss of power off the tee.

“I think as I get used to the timing and the rhythm of it, I’ll be able to gain back some of the distance that I lost,” Henderson said. “It’s just a little bit of an adjustment now, but moving forward I think it’ll be good.”

The USGA and the R&A announced earlier this month that the next step in the process will focus on changes to the way golf balls are tested, as well as the springy and forgiving nature of drivers that are allowed in elite competition.