Bogey-Golfer To Single-Digit: Save More Strokes Out Of The Bunker 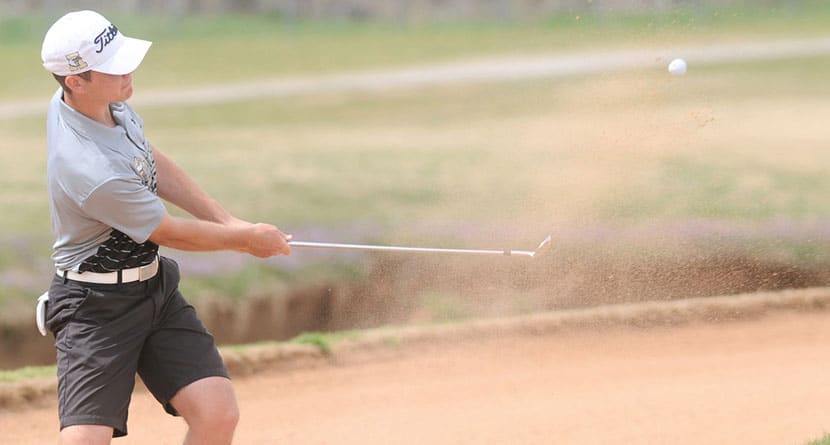 Here we are examining how to save half a shot in a very small part of the game — just 2 and 1.6 shots per round respectively for Mr. 18 and Mr. 9. 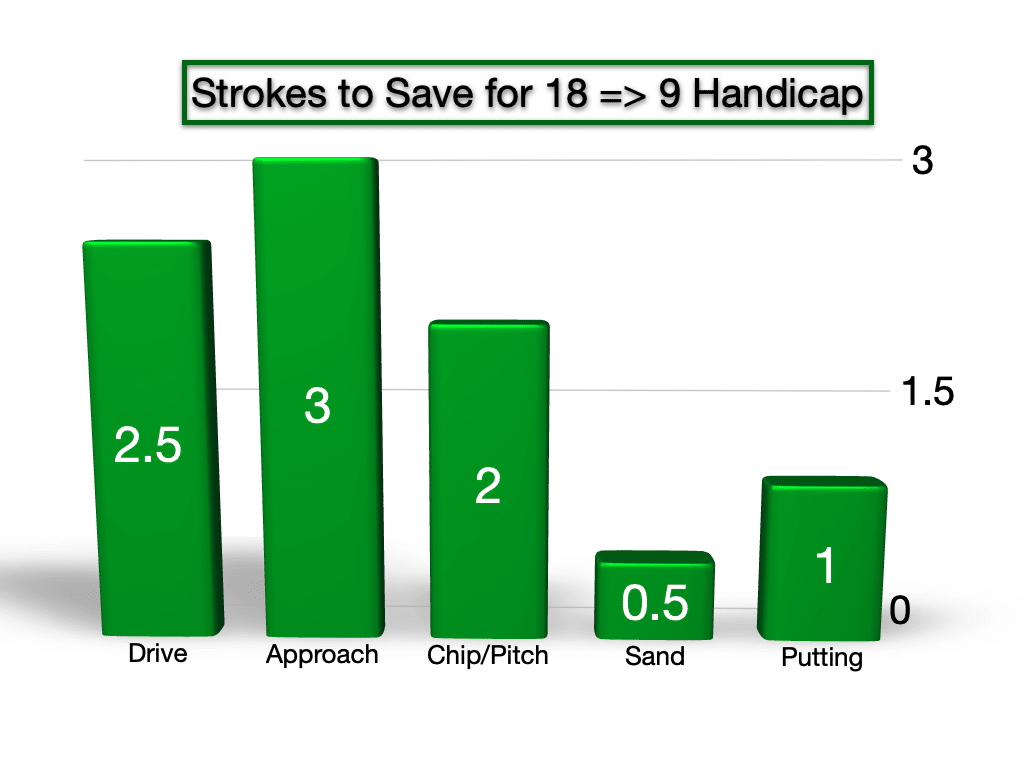 The sand game is an underrated skill that produces more errors per attempt than any other part of the game. When I was learning the game, I was afraid of the gaping bunkers surrounding ALL of our 18 greens. I worked hard to gain confidence from the sand that made the greens seem larger and easier to hit.

As always, if you work to avoid errors you’ll solve this portion of the puzzle. 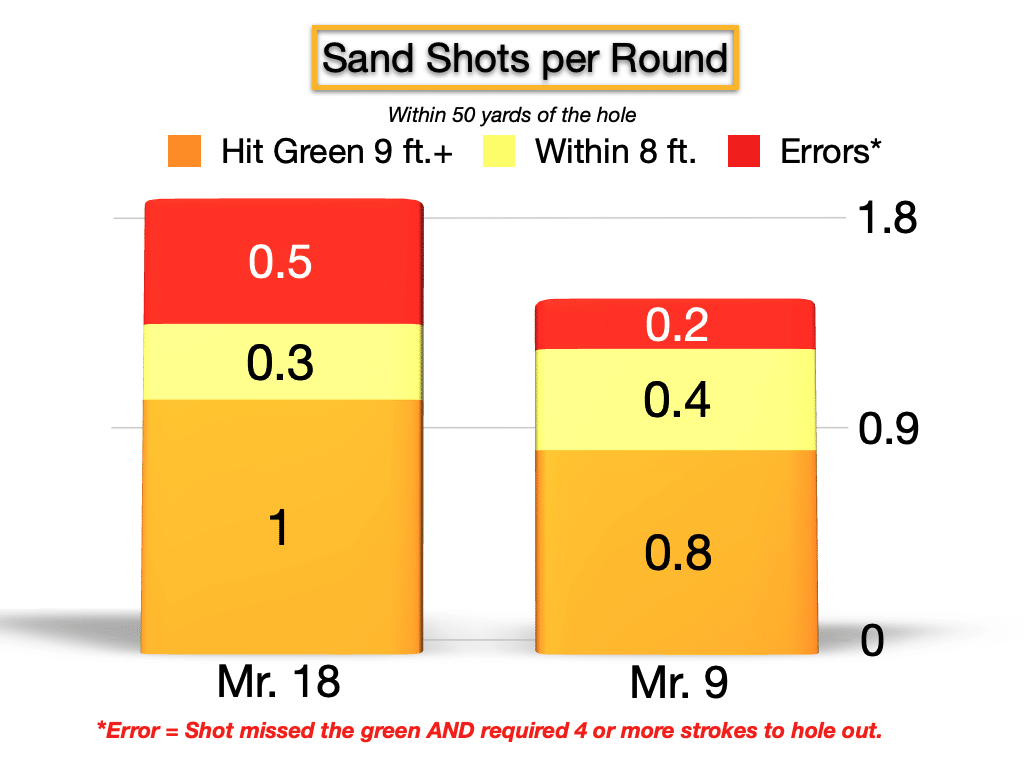 These save opportunities are directly connected to distance from the hole and the average one-putt distance for each skill level. Use the below putting chart to see how likely you are to 1-putt from various distances and make that your goal. 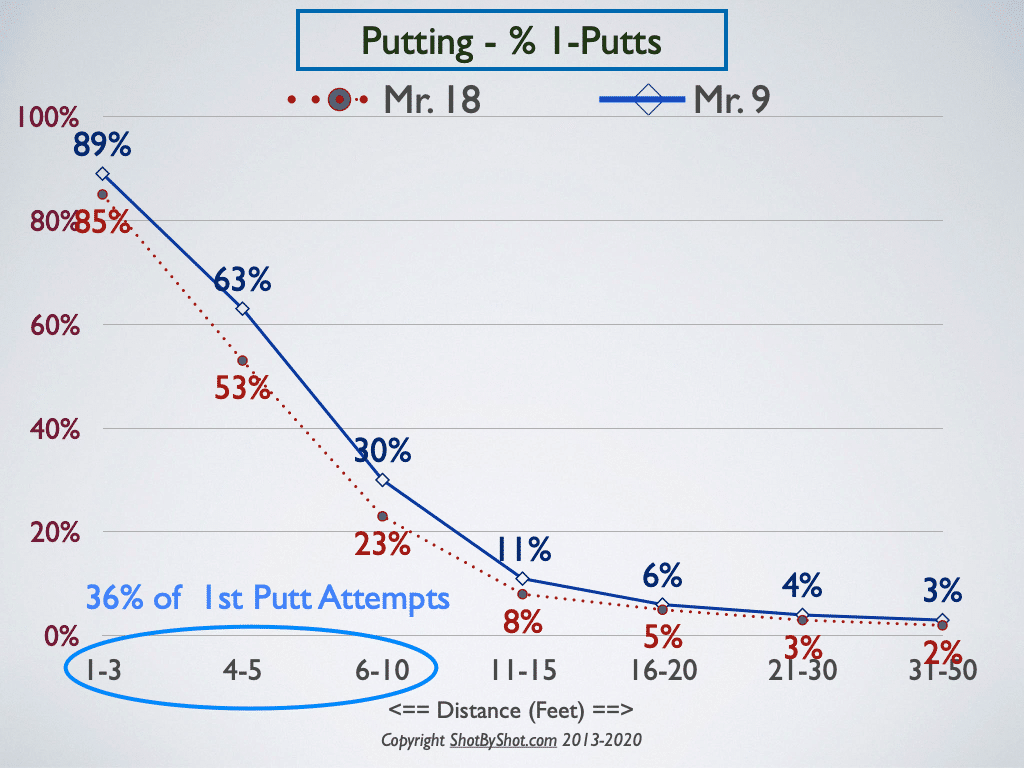