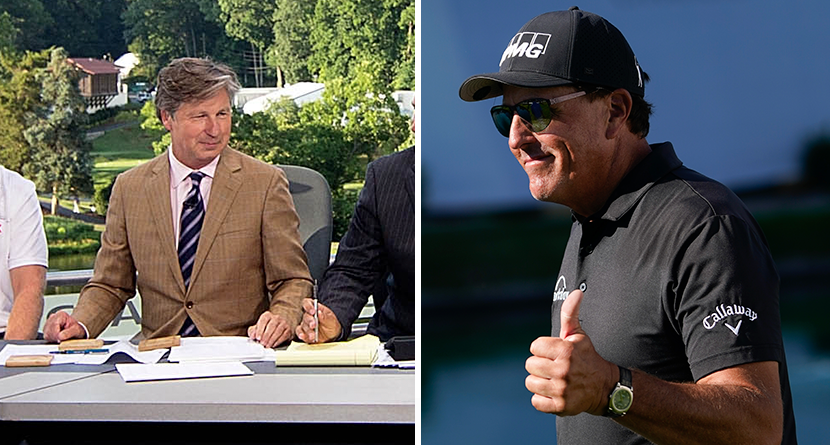 Whether he realized it or not, Phil Mickelson — whose net worth is in the hundreds of millions — made himself an easy target when he chose to invoke the phrase “obnoxious greed” in referring to the PGA Tour’s media rights practices. It was a choice so brazen his Tour peers couldn’t help but point out the irony. Plenty of headlines from national golf outlets observed the same.

But as is his wont, Golf Channel analyst Brandel Chamblee turned the heat up several notches, putting Mickelson on blast for seemingly ignoring Saudi Arabia’s human rights record in voicing his support for a breakaway league.

In a scathing column published on Feb. 5, Chamblee likened the six-time major champion to a “highly paid ventriloquist puppet involved in a sportswashing operation for a murderous regime guilty of human rights atrocities.”


Chamblee doesn’t draw the line at ignorance and irony; he takes Mickelson to task for a third I-word — inaccuracy. He picked apart Mickelson’s earlier claim that only 26% of the Tour’s revenue went back to the players (the actual number is 55%, according to Chamblee). And with regards to the $1 million Mickelson lamented paying for his own media rights when participating in Turner Sports’ The Match, Chamblee did some debunking there as well.